Olivier Demangel tended to lose his USB flash drives often, so when he created a wristwatch design submission for Tokyoflash, he decided to make a watch with a complementary USB flash drive. 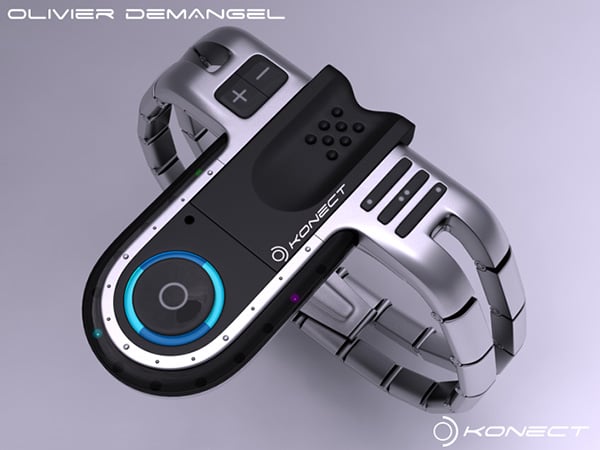 Calling it Konect, Demangel’s concept watch also plays MP3 files, and has support for Bluetooth and Skype. Obviously the watch can read MP3 files from the flash disk. And like many Tokyoflash watches, telling the time with the Konect would be quite a pain in the ass. 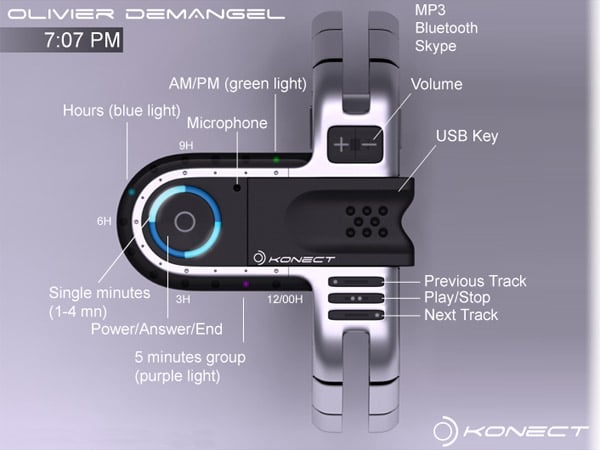 I do like the Konect’s futuristic look, though. Here’s Demangel’s concept video:

If you’d like to see the Konect get turned into a real product, then head over to Tokyoflash and vote for Demangel’s design. I do wonder if you can fit a battery with an ample amount of power inside something that small.