Those wacky Japanese gadget makers must have had more time on their hands than usual when they came up with this thing. 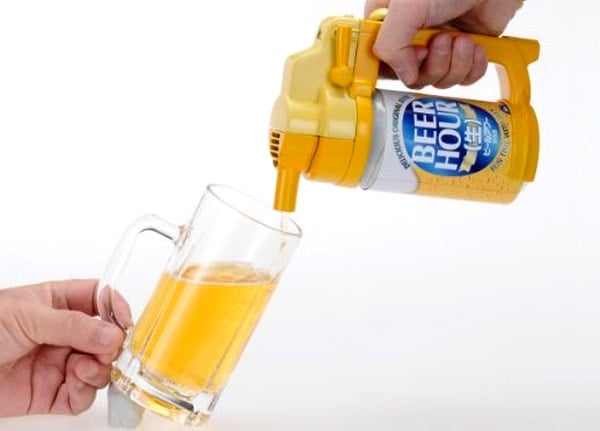 The Takara Tomy Beer Hour snaps onto a can of beer, and turns it into a portable tap. But this gadget doesn’t just pour beer, it has a high-speed stirrer that agitates the beer as it pours, forming thousands of extra bubbles and giving your brew a “fresh from the tap” foamy head.

The gadget sells for about ¥1995 (appx. $25 USD), and hits Japan starting this April. But if you want one shipped stateside, you can pre-order one at Strapya World for about $29 bucks. Or if you want to save yourself the money, you could just shake up your beer can, then pour it quickly.