Modders really love the Nintendo 64 – the sheer number of portable mods we’ve featured here on the site tells us that much. Hailrazer is no stranger to the portable console scene, and he’s back with another beautifully done portable N64 mod, which he calls the N64Boy Advance, which is pretty appropriate considering how it looks: 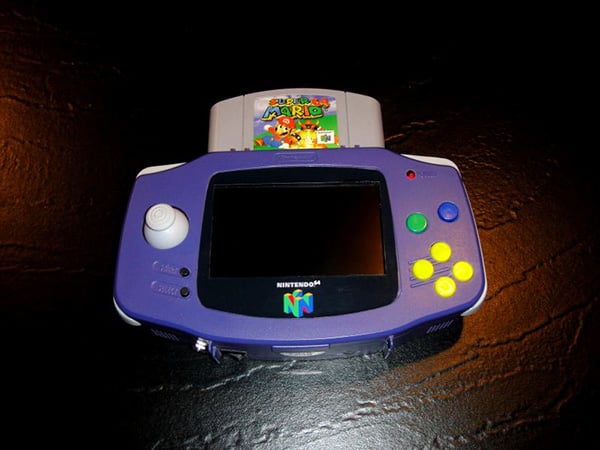 There are a few things to take note of with this mod. First of all its case is not actually a Game Boy Advance case, rather it’s a GBA carrying case that looks like a GBA case. Second, Hailrazer built this one for himself, so he left out a number of parts that he doesn’t really use when he plays. For example you’ll see that it doesn’t have a d-pad. It also doesn’t have a port for a second controller, or an A/V out. Check out Hailrazer’s video below for more details:

After seeing so many portable N64 mods, I wonder if there’s any way to make the cartridge more portable, i.e. smaller as well. Check out Hailrazer’s post on ModdedbyBacteria for more details on the portable N64.