Combination Lock-Picking Robot: Where Was This in Middle School?

I have never had a great memory. I tend to pack my brain with all sorts of facts, and the facts least important to my daily life are the ones that stick. I really hated middle school when the lockers in athletics used Master locks that had combinations. I would forget my combination at least once a month and piss coach off when he had to dig it up and open the lock for me. 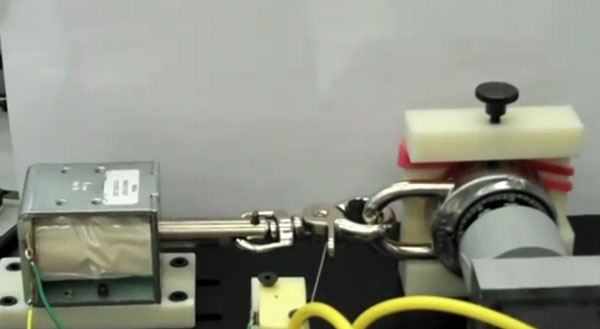 What I needed back then was this lock-picking robot that a team of students at the Franklin W. Olin College of Engineering in Needham, MA have cobbled together. The thing is able to crack a Master combination lock whether or not you know any of the numbers. You can see the lock-bot in action in the video here:

The guys that built it have posted a nice amount of documentation behind the project. On the plus side, this thing looks fairly large, noisy, and requires some time to open locks where it doesn’t know some part of the combination. So if someone was trying to use it to hack your locker you should be able to see them in action and kick their ass.