There are already several universal remote control applications on the market for the iPhone and iPad today. The new Peel is now shipping and it looks like a slick little device, though the oddly-shaped hardware portion of the universal remote reminds me of a pear. 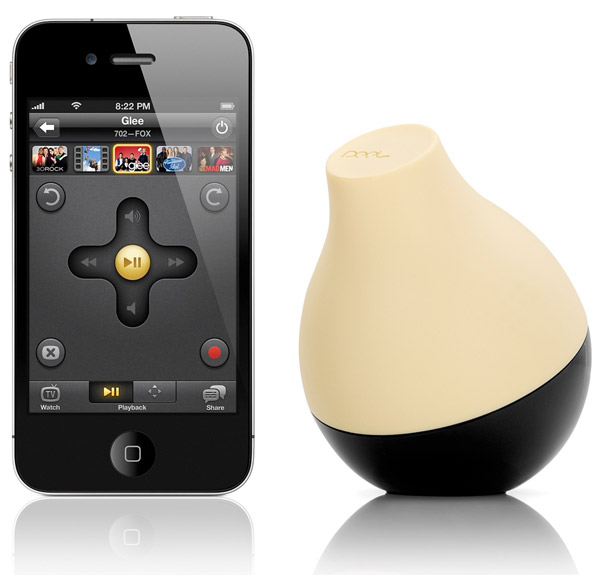 It runs off a replaceable C-battery and acts as the interface between your iPhone, iPod Touch or iPad and your home theater system. The iOS app shoots the commands to the Peel hardware over WiFi, and it then shoots it out to your components via infrared. The app portion allows you to change channels and run your DVR, and also can suggest shows based on what you like to watch. 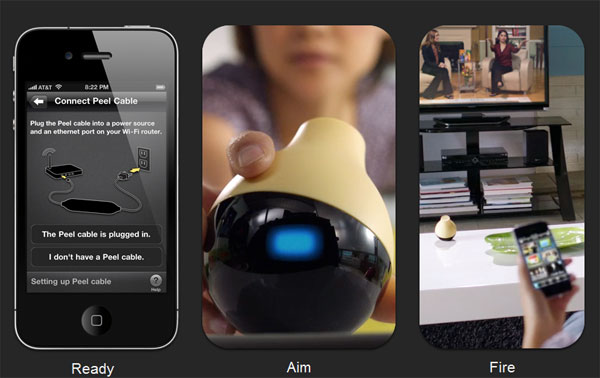 You can set up macro activities with the app that allow you to change inputs and turn components on and off for TV and other things with one button. My Logitech Harmony One remote does that too and it’s an awesome feature. Once you choose your program with the Peel, you can control the DVR and volume using gestures on the iPhone. The Peel system is shipping right now for $99 (USD).