A group of Michigan State University researchers led by Computer Science and Engineering professor Anil Jain and doctoral student Brendan Klare are working on a program that can match mug shots of known criminals to police sketches. Since sketches are not always reliable, instead of striving to match images pixel-by-pixel, the team is developing an algorithm that looks at “high-level features”, such as “structural distribution and the shape of the eyes, nose and chin.” 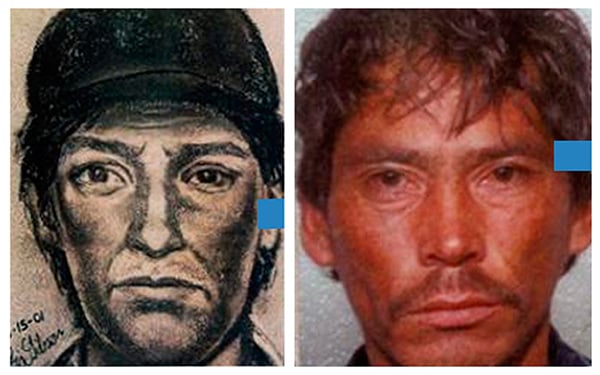 I’m not sure if the example above is one of the software’s correct findings. In any case, Prof. Jain and his team still have a lot of tweaking to do. Currently they claim that out of a database of 10,000 mug shots, their software was able to make the correct match 45% of the time. They say that this is a significant improvement over current commercial facial recognition systems. I wish the whole MSU team luck, and I hope they manage to finish their software. If I had their software I’d probably spend my time searching for people that look like cartoon characters.

[via MSU via Geek]