In a fit of madness that only Apple – and Lady Gaga – can induce, last March 11 a woman was able to sell the first spot in the iPad 2 line in Apple’s flagship New York store for $900 (USD). That’s just the spot, iPad 2 not included. Amanda Foote, the enterprising woman, said she waited nearly 41 hours – from 5pm of March 9 to 9am of March 11 – just so she could be the first in line at the store. 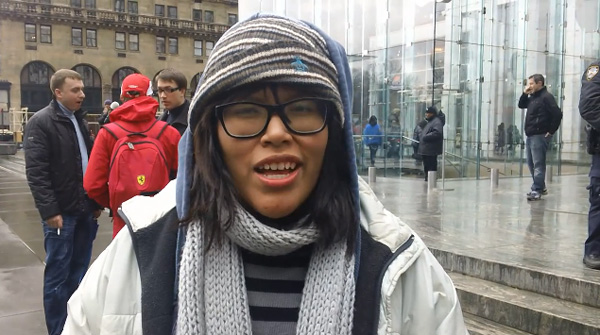 The man who bought the tickets was app developer Hazem Sayed. So now Foote has enough money to buy an iPad 2 and still have some left. Right? Actually she said was thinking of buying tickets to a Lady Gaga concert. This is what blows my mind about this whole thing, that she sat there for two days with no intent to buy an iPad 2 – she was just banking on selling the coveted first spot. And she was right. Here’s Mashable’s short interview with Foote:

That was all for you Lady Gaga, I hope you gave Amanda one hell of a performance. Now you Mr. Sayed, you are one crazy rich Apple fan.

[via Mashable via T3 via Chaotic Planet]