While most of us are off playing with our fancy new toys, it’s sometimes nice to dust off a game of Frogger, Pac-Man or Space Invaders and get your retro game on. While there are certainly ways to play these games on your PC, Mac or Linux box by downloading MAME, it’s kind of cool to see a standalone device capable of playing classic arcade games. 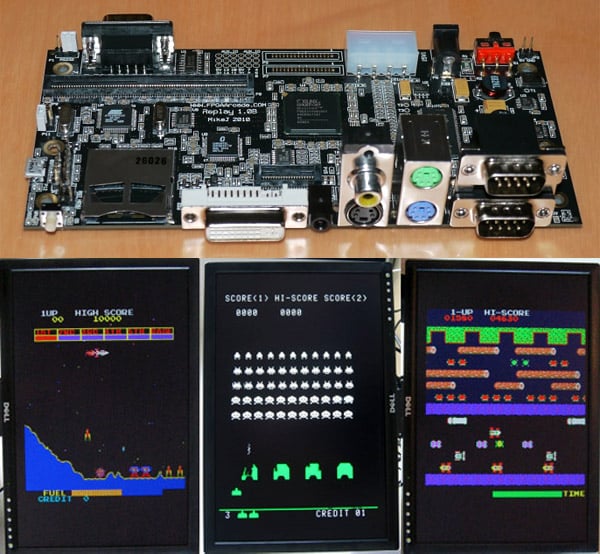 The FPGA Arcade board will play numerous arcade games, as well as emulate platforms like the Atari ST and Amiga. At this point, they have FPGA emulated versions of the hardware for Scramble/Frogger, Asteroids, Pac-Man, Lady Bug, Space Invaders and Galaxian. Down the road, you’ll also be able to emulate the BBC, C64 and Spectrum among other systems. Keep in mind that this board emulates the actual game system hardware using Field Programmable Gate Array (FPGA) technology, and does not include ROMs, so you’ll still need to find those yourself.

On the board is an ARM processor which acts as interface between the FPGA and an SD card for storing ROMs and disk images. There’s also DVI and analog video outputs, as well as analog audio outputs on the board. 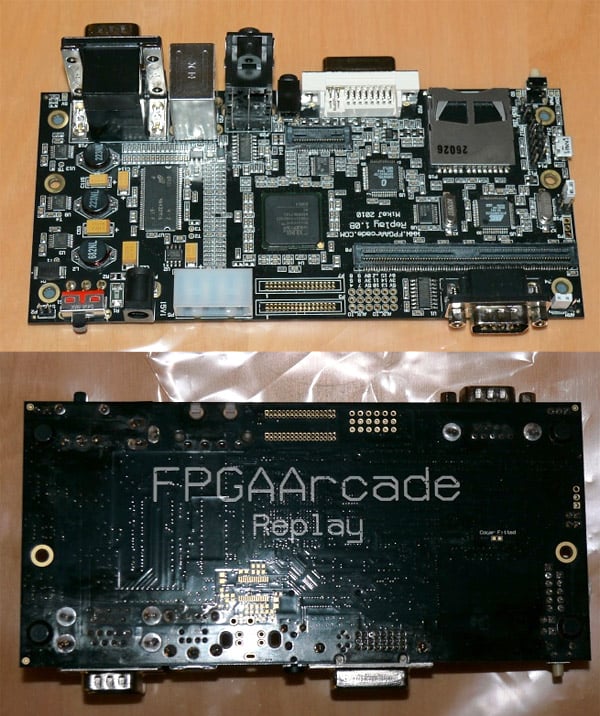 The first developer card has been completed, and there’s still work to do before the firmware is available. That said, it’s pretty impressive that a single FPGA chip can be reconfigured to emulate so many different types of hardware. There’s no word yet on when you’ll be able to buy one of these boards for yourself, but if you’re a hardcore retro gamer and hardware hacker, you’ll definitely want to bookmark the FPGA Arcade website for updates on the project.