Purveyor of all things geek Entertainment Earth is now selling this limited-edition movie version of Green Lantern’s Power Battery. Made of cold-cast porcelain, it was created using the same cast that was used to make the actual prop used in the upcoming film, and also comes with Green Lantern’s power ring. 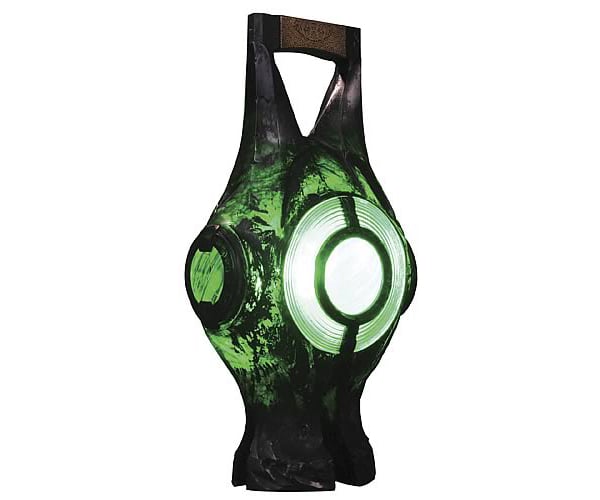 I’m not sure if this is what the complementary ring will look like though. As an added bonus, the ring lights up when pressed against the lantern’s face. It’s also been lovingly hand-painted to make it look exactly like the actual prop – a glowing tower of phlegm.

Seriously though it’s hideous. It’s going to stick out like a booger left on a white couch, in brightest day or blackest night. I don’t know why they didn’t just stick with the classic lantern. And here I thought having a freaking lantern for a power source couldn’t make Green Lantern any lamer. Still, if this lantern is right up your alley then you might want to pre-order it now at Entertainment Earth, since only 2,500 pieces will be made. It’s being sold for $290 (USD), and will start shipping this July.