I have talked about our robotic pal from NASA and GM Robonaut 2 or R2 a few times. The last we spoke of R2 NASA and GM were talking up the bots dainty hands as the key to success. Those hands are so important that when R2 was packed away months ago for his trip to the ISS, his hands got those sweet protective hand “koozies” you see in the pic below. 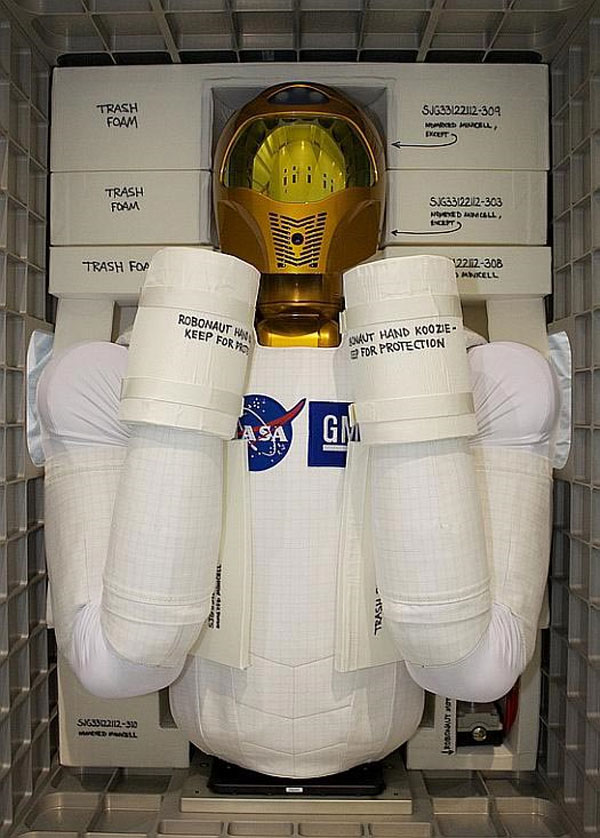 Now that R2 has blasted off the Earth and landed at the ISS, he is finally being unpacked. Obama should be happy now, since he asked the ISS astronauts why they hadn’t unpacked ole R2 a while back. The rub for R2 and robot fans is that while R2 is now unpacked, he won’t be turned on for months now. 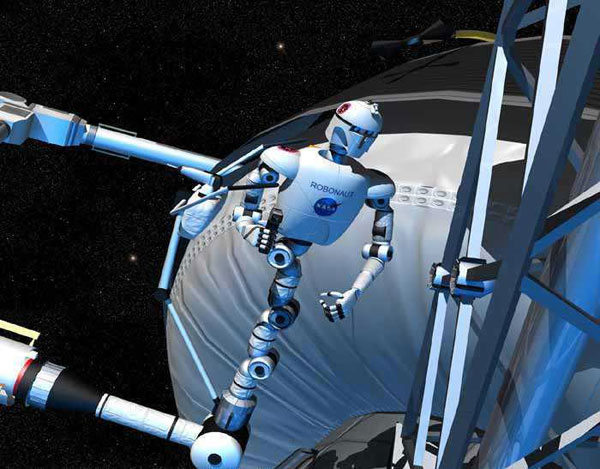 Apparently the first tests for R2 are set for May and he won’t be powered up until then. When he does go into testing he will lack legs. His legs aren’t expected to show up until next year sometime assuming they are ready to fly. R2 will apparently be attached to the robotic arm of the ISS for use. Combine the Stormtrooper look of R2 in the rendering with the arm and his nickname and someone at NASA must really like Star Wars. 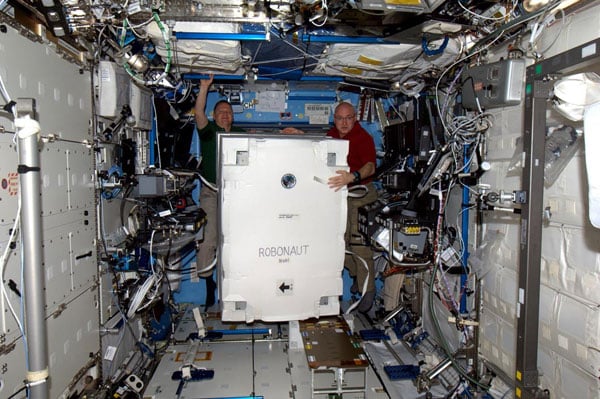