Geeks never cease to amaze me with the things they can think up – and then sell to other geeks. Take this dude, Dan Riordan. He has made a small business over on Etsy out of taking Polaroid cameras and making them into lamps. 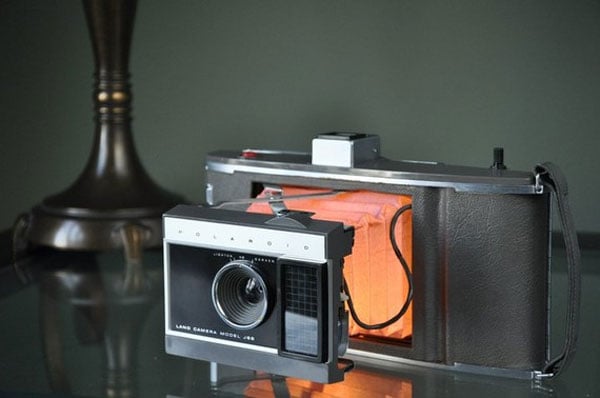 Yeah, you read that right. Dan turns old cameras into lamps that you can use to light your desk up. The camera used in the photo is an old Polaroid I have seen before; it’s the Land Camera 95A. I am used to the old SX70s and One-Steps that shoot the picture out the front when talking picture.

The one shown here is now sold. It went for $150 and the LED light on it is good for about 50,000 hours use before it burns out. Those bulbs are dimmable too. If you like the idea of the lamp and can’t make your own, Dan promises more lamps are coming this weekend so keep checking his store.

[via KEH Blog via Petapixel]