One of the criticisms about the now extinct Guitar Hero and its competitor, Rock Band, is that they don’t really teach people how to play songs or how to use actual musical instruments. Which, of course are misguided arguments, because I don’t think that was really the goal behind the games. We might as well expect Fallout to actually teach us how to survive in a post-apocalyptic world. 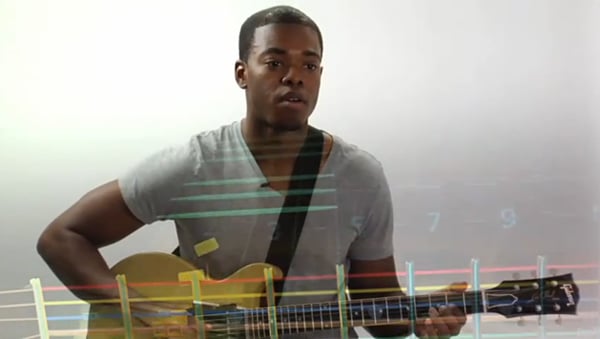 Nonetheless, it would be interesting to play a game that actually teaches one to play the guitar. That’s exactly what Ubisoft wants to achieve with their upcoming video game, Rocksmith. Details are sparse at this point, but what we know is that players will need an actual electric guitar to play the game. Judging from the videos, the game will come with a USB-to-TRS connector cable so you can connect an electric guitar to your console or PC. Here’s a video explaining Rocksmith from a gamer’s point of view:

And here’s a professional musician sharing his thoughts on the game:

It goes without saying that for a lot of people who might be interested in learning how to play the guitar, buying a game – and possibly a console – is an unnecessary expense, but if Ubisoft plays to the strength of video games – like achievements, a deep roster of downloadable songs and interactivity – Rocksmith could be a hit. Then we’ll probably see the inevitable expansions – Rocksmith Bass, Rocksmith Drums, Rocksmith Accordion… Check out the game’s official website for more videos.