This computer looks a little pissed – and by that I mean that he looks both angry and drunk. And whatever you do, don’t mess with his bottle of Wild Turkey or you might end up with the dreaded Blue Screen of Death. 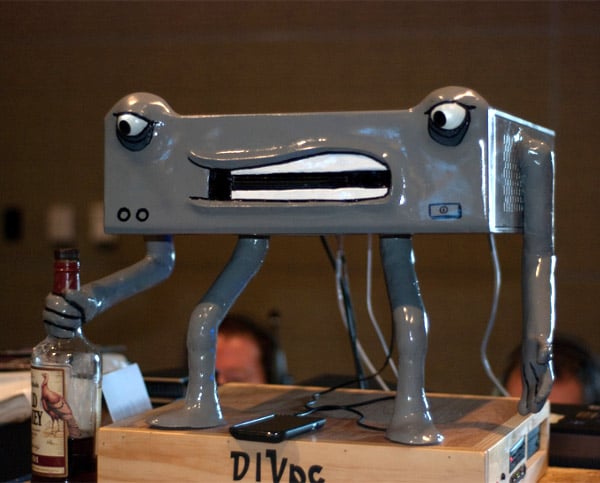 Flickr contributor weirdo513 shot this pic over at the PAX East 2011 BYOC event, which led me to dig some under some rocks to turn up some details in this thing. It’s name is DIVpc (which turns out to be a snarky computer from the Penny Arcade comic). Here’s a picture of the PC posing for a snapshot with Penny Arcade creator Jerry Holkins: 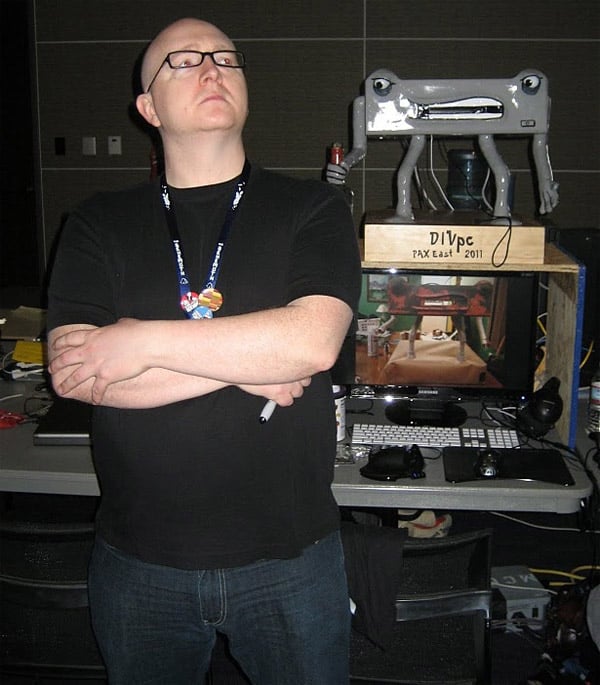 [H]olyGeekboy’s computer with an attitude got his start as a desktop ATX case, attached to PVC pipes for arms and gas pipes for legs. His face is made from clay, wiremesh and Bondo with ping-pong balls for eyes. 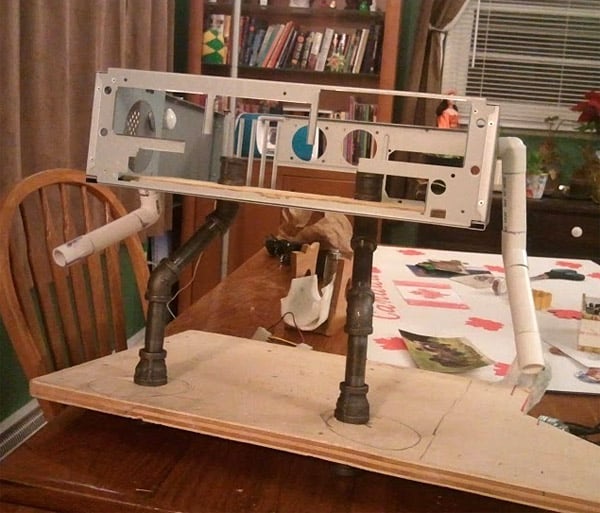 Under the hood, DIVpc runs on a Core i5 750 CPU with 8GB of DDR3 RAM, a pair of 750GB HDDs – and don’t forget the cheap bourbon. Yep, that’s real alcohol in the Wild Turkey bottle, and no, you can’t have any. 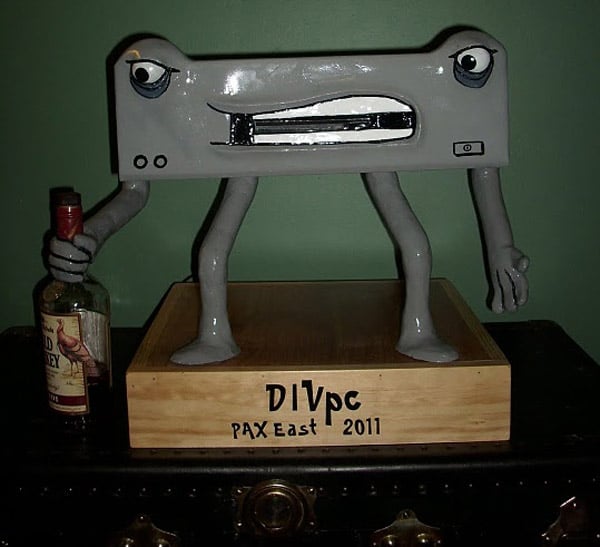 For some reason, DIV’s attitude and bent pipe legs remind me of another hostile metal guy who likes to get his drink on… 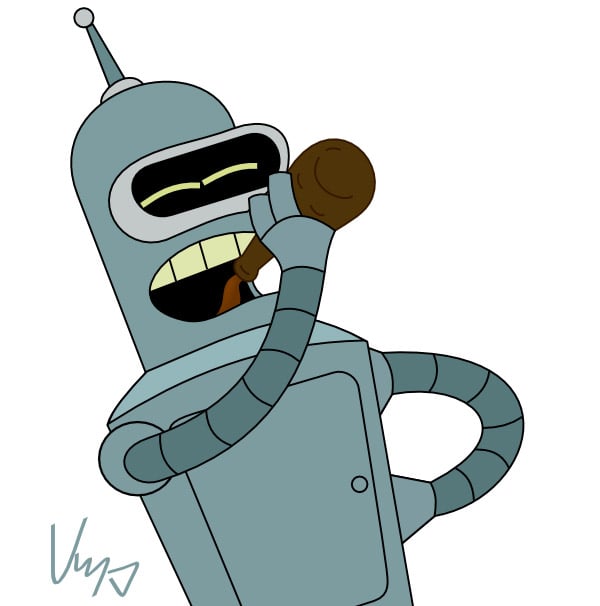