Remember those awesome typographic Star Wars posters? While these ones may not be as visually dynamic as those, Jerod Gibson had the brilliant idea of using actual quotes from Star Wars to create his version. These great posters are available for purchase as well, so that they can adorn your walls in typographic and Star Wars goodness. That’s not all: they also come on everything from t-shirts to iPod skins. 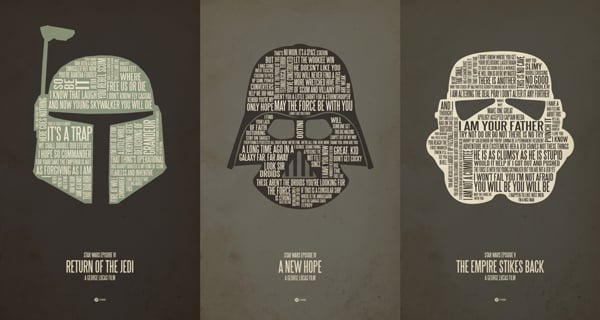 There are a few different sizes available, from 7×10″ to 26×40″. The smallest print will cost you $21.68 (USD), while the largest will cost you $50. The posters include my favorites, Darth Vader, Boba Fett, and a stormtrooper. They are also available as t-shirts, hoodies, iPhone cases, and iPod skins. 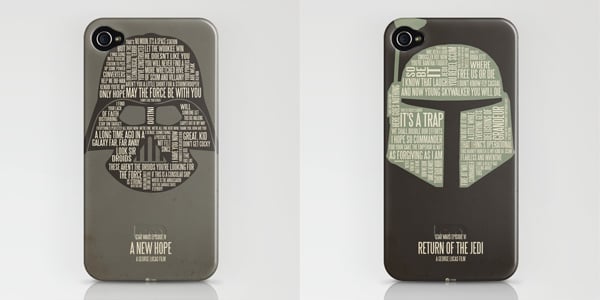 The only way to make these posters better would have been to include character-specific quotes for each poster, ie Darth Vader’s poster would only have featured Darth Vader quotes, but instead the quotes are specific to the film featured on the poster. It’s just strange for Vader’s head to be saying “May the Force be with you,” and for Fett’s to say “…and now young Skywalker, you will die!”