NEC ArmKeypad is Going to be a Hit with Masochists

NEC has invented a pair of wristbands that lets you control a device just by clapping or tapping specific spots on your arms. Called the ArmKeypad, the wristbands detect the movements with their built-in accelerometers. NEC thinks it will be useful to people who like to listen to music while they run or jog, I think it could be a simple alternative to the TV remote control. 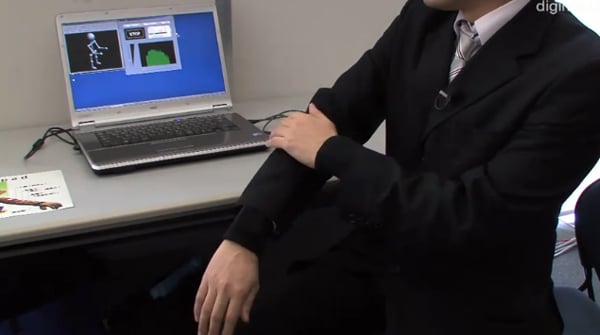 What do I mean by that? Here’s a scenario: make your little brother wear the ArmKeypad and just hit him when you want to change the channel. Who knew changing channels could be so much fun?

Clearly NEC’s definition of “tapping” one’s arm is relative. Those were borderline slaps.