There are few markets where the old adage “you get what you pay for” are more true than in the gadget market. You can spend a bit less money and get a device that is far less useful on the smartphone and tablet market. A new and very cheap Android tablet has landed from Ouku with a bargain price. Whether or not it’s worth the low price of entry remains to be seen. 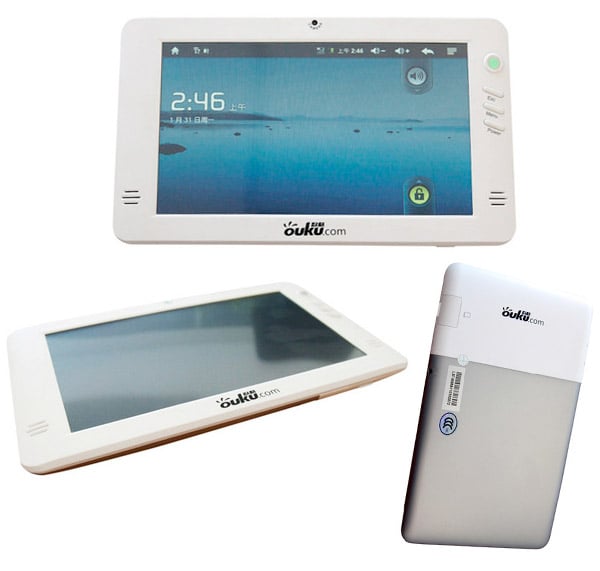 The Ouku M98A tablet [Chinese] sells for just $124.99(USD) over at Lightinthebox and it runs Android 2.1. It can surf the web and download apps from the Android Market. The screen has 800×480 resolution and is 7-inches wide. Keep in mind that it’s only got a resistive touchscreen, so you won’t be able to do multitouch gestures. Other features include WiFi, support for email, integrated speakers, and a G-sensor.

The front-facing camera on the tablet is a 0.3MP unit. The battery is 1620mAh and it is good for 4-5 hours of continuous use. It ships with just 4GB of storage, but that can be expanded using a TF (microSD) memory card to 16GB. Contrary to the specs at Lightinthebox, Ouku lists the tablet with a 600MHz ARM 11 CPU and Rockchip 2818 media decoder, not the ARM 9, which is probably why it can support 720p video playback. All in all, this thing doesn’t look too bad for just north of $100 bucks.