PolyPly Stand is Perfect for the Apple Gear Polygamist

There is a technical term known as the shit-ton, which I learned in college. It’s hard to quantify a shit-ton of anything (technically it’s more than a butt-load), but we all know it when we see it. It’s safe to say that there is a shit-ton of different cases on the market for the iPad and other Apple gear. The latest case is called the PolyPly and it reminds me those wooden puzzles that my kids played with when they were toddlers. 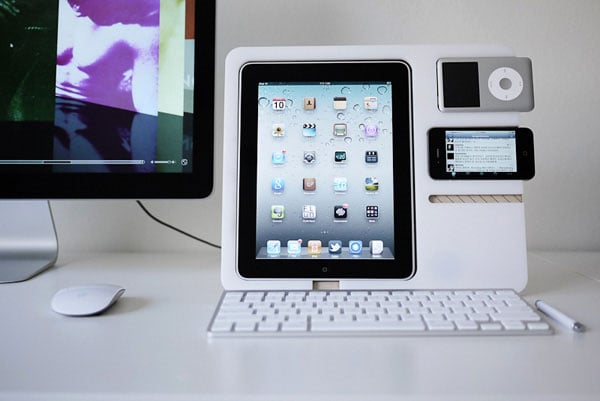 The PolyPly is currently only a one-of-a-kind prototype, and designer Andrew Kim made the thing out of acrylic plastic and birch plywood. The case is designed to hold an iPad, iPod, iPhone and a stylus or pen. It’s an interesting device that seems simple enough to make with some time, the materials, and a router or CNC laser cutter. 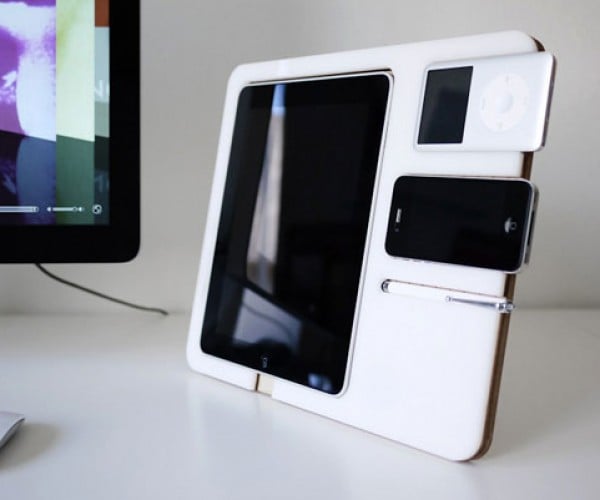 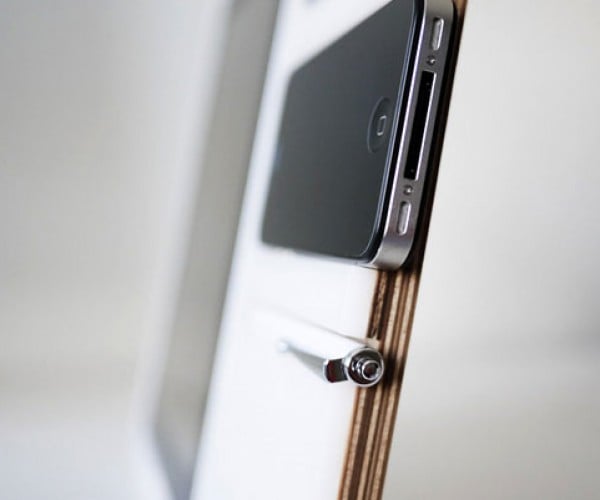 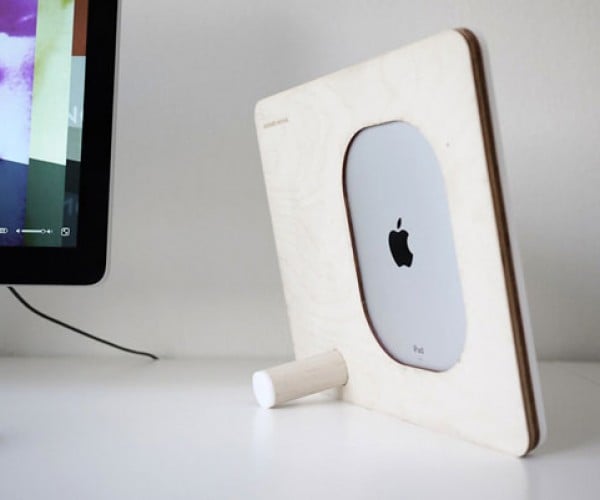 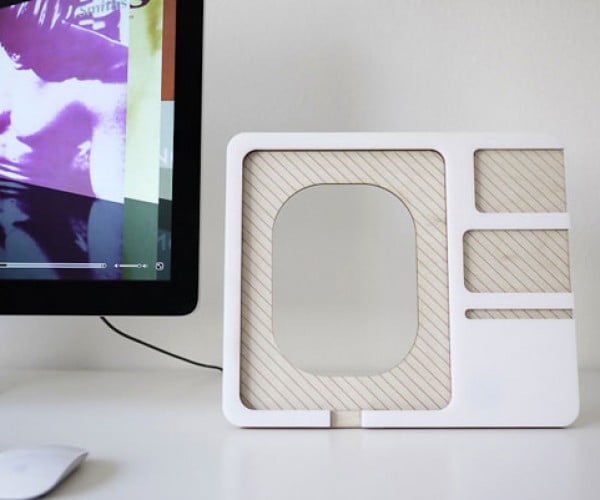 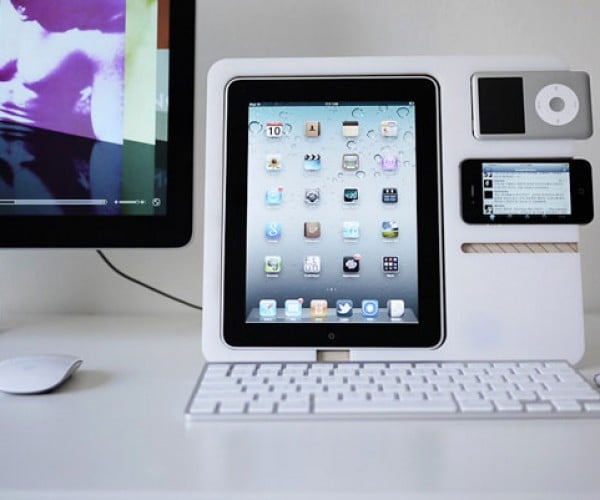 It appears that the Apple gear just sort of sits in the slots routed out of the building materials, there is no method to hold the stuff in. It can be laid flat for typing as well. Interesting design but I would fear for my stuff falling out of the thing.