If a dancing Borg cube of light sounds cool to you, get ready for a nerdgasm. A geek named Nick has taken 512 LEDs and cobbled them all together into a massive cube. He then hooked all those LEDs up to STP16CP LED sink drivers to reduce the components in the build. 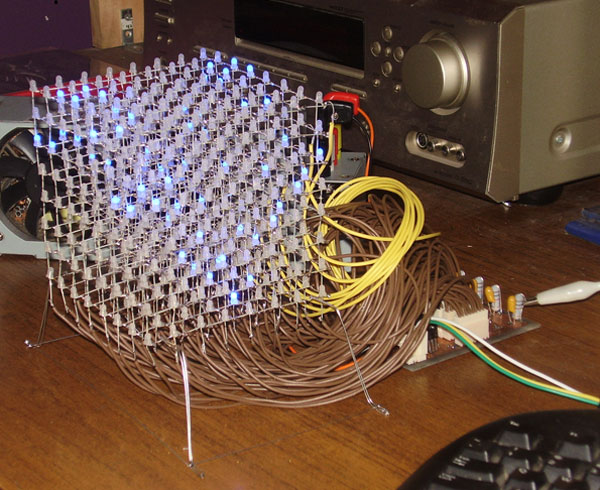 Each of those STP16CP chips can control 16 LEDs each and they can be cascaded off each other to cover all needed for the entire build. Nick toyed with the animation code that controls the dancing LEDs of joy by first calculating their positions and sequences using the high-level mathematics language MATLAB. After settling on something that looked cool, he wrote the software on the PC and then crammed all the hardware into a wooden box, then shot it on video for you to enjoy.

The schematics and math equations on the project site give me a headache. The final cube looks awesome though.