I always used mechanical pencils when I was growing up as much as possible. I hated having to go to the sharpener and sharpen my pencil. I did indulge in the occasional grade school game of get your pencil super sharp and throw it dart-style into the ceiling though. Naturally, I had to have a few wooden pencils handy for that. We had an automatic pencil sharpener in one of my classes and I really like to just grind my pencil down to a nub for no real reason. 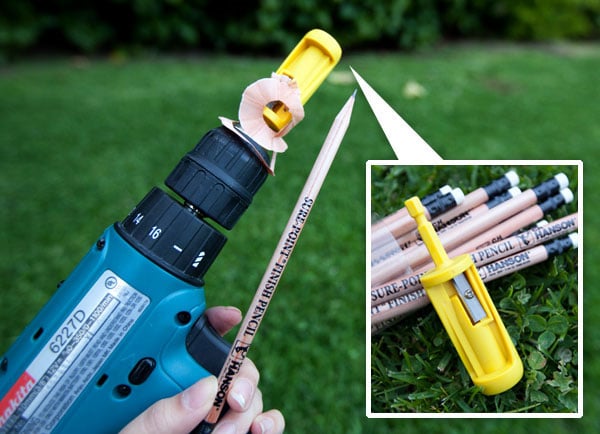 I can only imagine those childhood pencil grinding issues would come back in force with this new drill powered pencil sharpener from C.H. Hanson. The thing has a drill driver flange on the back just like a screwdriver bit does. You slip it into your drill, stick in a pencil, and pull the trigger. The drill spins the sharpener for you and you get super sharp pencils in seconds. Just look at the video and see how awesome it is.

You know you would just be standing around grinding down pencils just because you can. The thing even comes with some pencils in the box for you to grind up and turn into ceiling darts. 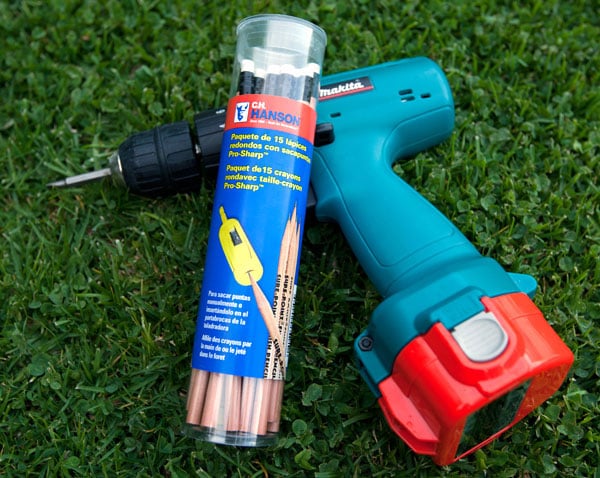