Festo SmartBird Flaps its Wings into the Sky

Man has been flying for a very long time and early in the development of aircraft, we tired designs that mimicked birds with flapping wings and things never worked out well. The cool part about birds and insects that we still can’t fully recreate in man-made aircraft is the amount of lift and propulsion they can generate with small surface area wings. 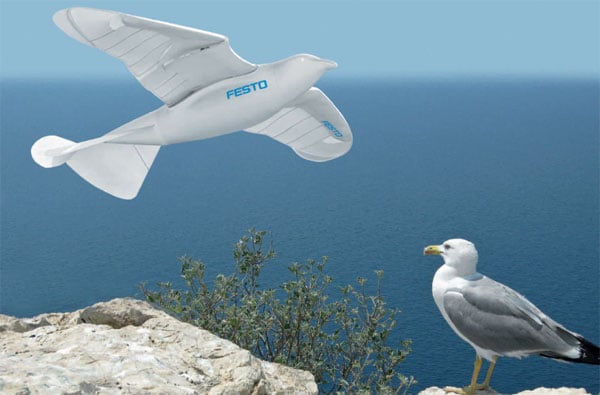 A company called Festo has unveiled a cool automated flying machine called the SmartBird. This bird can start, fly, and land without intervention from a person. The cool thing about it is the special wings it has that provide both lift and thrust for it to fly.

The wings use a special hinge that allows them to move up and down while moving forward and backwards as well. The bird is modeled on a herring gull, but it is much larger than the real thing. It’s very cool to see how the SmartBird moves its wings and head for thrust and control in the video above, it almost looks like a real bird.