iMobot Robot Adapts to its Surroundings

Whether walking, crawling, climbing or rolling, most robots have a single form-factor. Not so with the iMobot, a robotic platform capable of taking on different forms based on the appropriate mode of movement for traversing its environment. 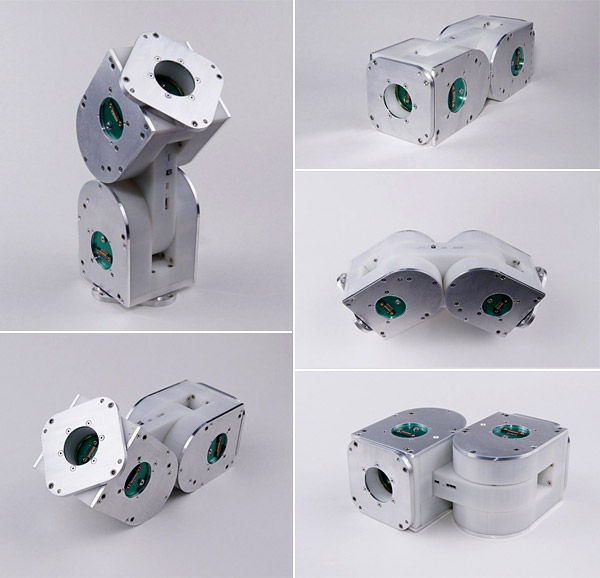 Developed by UC Davis alum Graham Ryland and professor Harry Chang, the compact iMobot is a modular robotics system, built with mechanisms which allow it to crawl, squirm, roll or shuffle its way around depending on the circumstance.

Each iMobot has a pair of joints in the center which enable it to crawl like an inchworm, or wriggle sideways. Rotating platforms at each end can be used as wheels, or can also be used to support a camera when the robot stands up. In addition, multiple modules could be combined to enable larger, more complex movements.  Watch the video below to see some of the various configurations that the iMobot can pull off:

At this point, the team is working on a commercial version of the iMobot, called the Gamma Modular Robot, which can then serve as a platform for rapid robotics research and testing.