Computer Parts Robot Has Intel and AMD in Its Bloodstream

I always wonder what to do with all the bits and pieces of obsolete technology I have lying around. Sure, I donate what I can to schools, but I’ve even been turned down there when the tech is too old or unwieldy. Maybe I should do what Mike over at Total Geekdom did, and turn my old electronics into a robot. 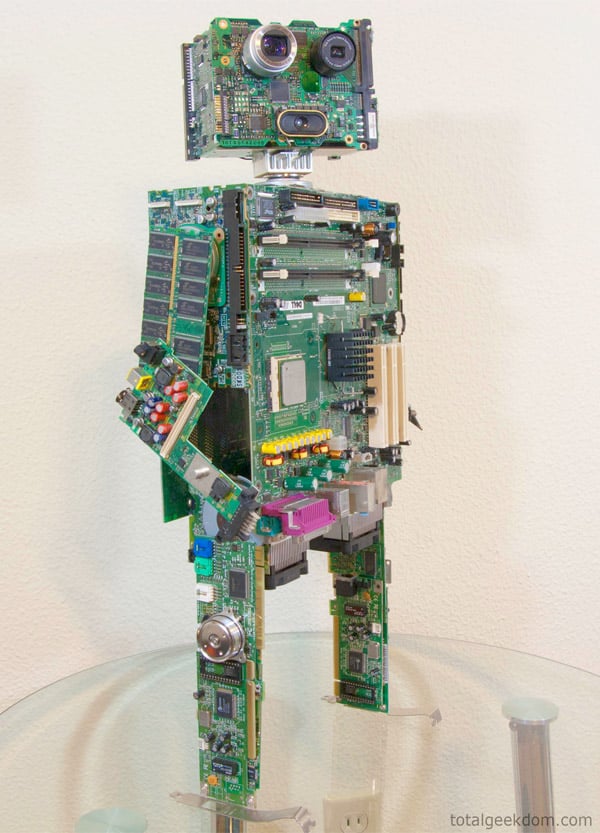 Mike had a bunch of parts he was going to put in the trash, and decided to give them new life as a robotic sculpture. He gathered up discarded circuit boards and parts from friends and family too, and managed to build a robot with quite a personality. 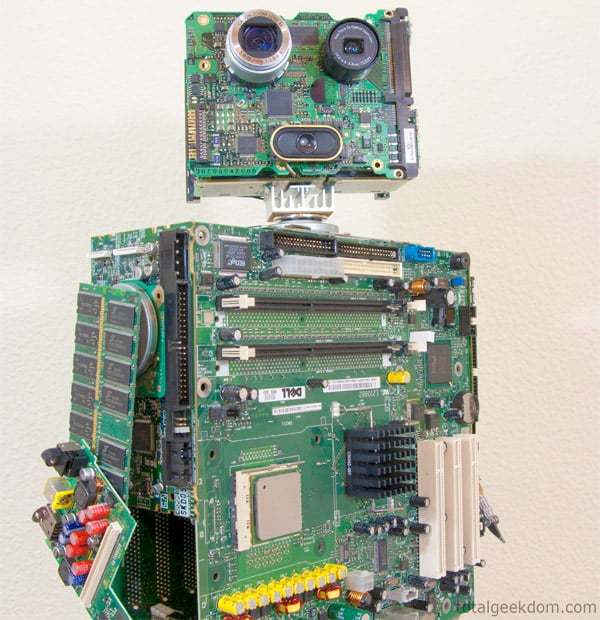 He’s got body parts from Dell, AMD, IBM, Maxtor, Toshiba, Sharp, Gateway among others. Nice touch there with the CPUs and flash drives for his brains. 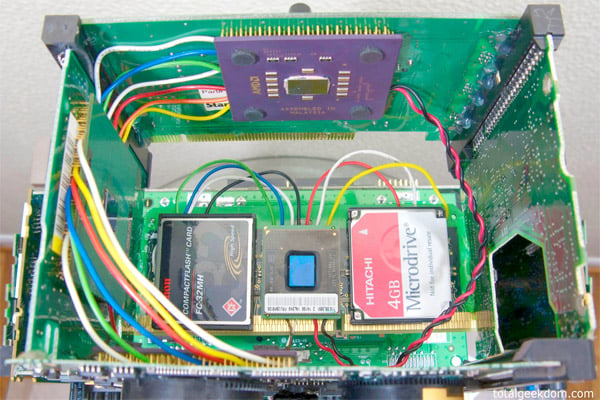 I especially like the eyes – which came from some old Canon and HP digital cameras. You know that thing they say about the eyes being the window to one’s soul, right? 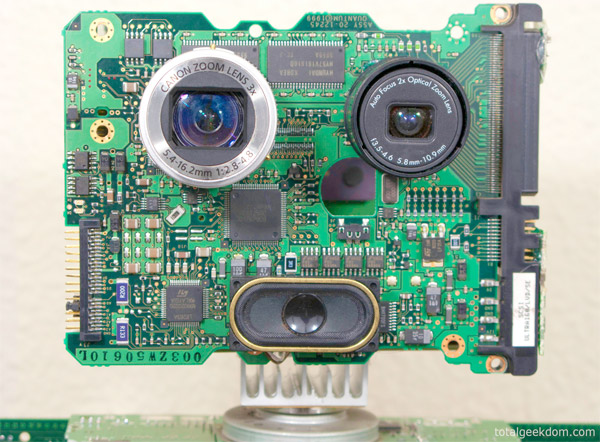 All in all, it’s a loving tribute to technology that at one point was an integral part of someone’s livelihood, education or entertainment. I think we need to build an entire shrine to old technology filled with these guys. 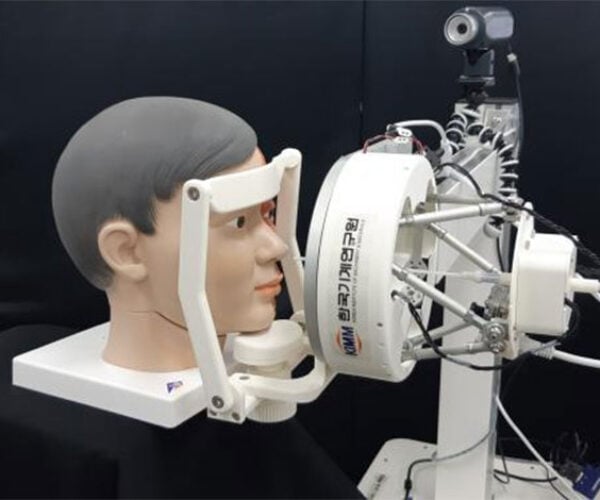 Would You Trust This Robot to Stick a COVID-19 Test Swab Up Your Nose?
Home Subscribe vis RSS Feed
« Previous
Next »