The new Casio G-SHOCK watch will come with Bluetooth connectivity so that it can adjust time all over the world by connecting with your smartphone to constantly keep its time in sync, including timezone changes. That’s kind of interesting because you won’t have to set your watch back or forth anymore. 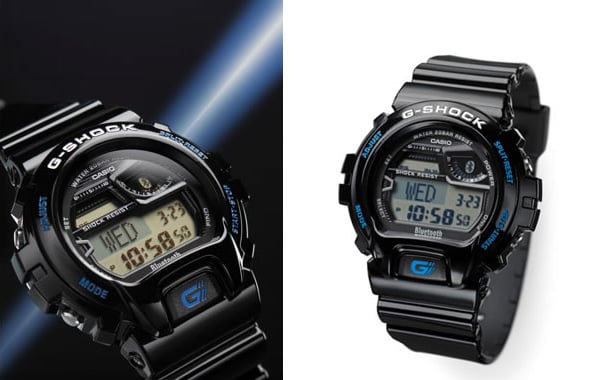 However, what happens when your iPhone has the wrong time, like what happened over New Year’s and when Daylight Savings Time was over? I don’t know, but hopefully the watch will be able to adjust itself accordingly. Thanks to the use of a new variant of Bluetooth called Bluetooth Low Energy, the single-cell ion battery is supposed to last two years.

On an unrelated note, Casio also revealed their new Baby-G for women (which doesn’t have the Bluetooth feature). I don’t know if the new Neon Illuminator is actually really great or really crappy. It kind of reminds me of Miami Vice and all that plastic glam from the 80s. These models will use a special fluorescent ink that will become luminous under the watch’s own black light LED. 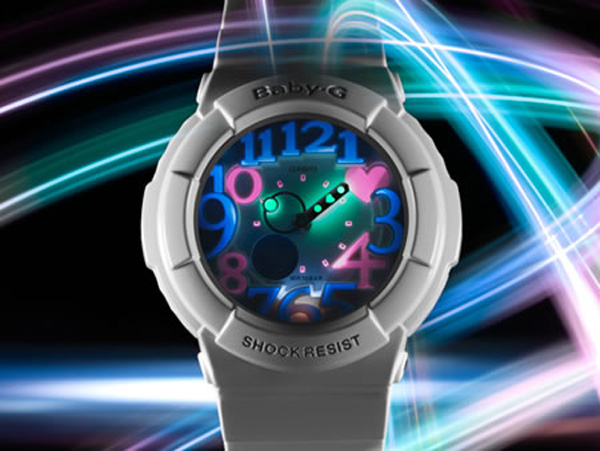