Got a couple of fancy quadrocopters floating around? Why not teach them some cheap tricks – like how to juggle balls. The guys from the Swiss Federal Institute of Technology in Zurich are up to their flying quadrocopter shenanigans again. 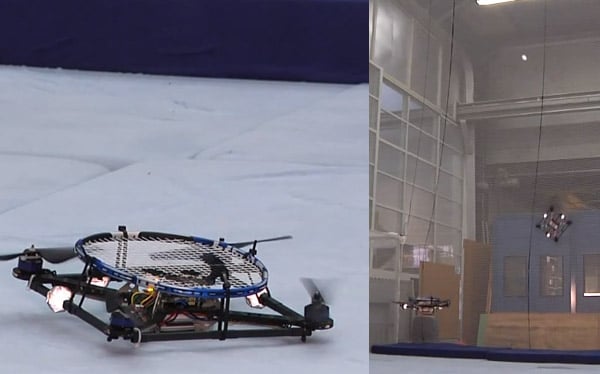 This time, they’ve trained a pair of their flying machines to bounce ping-pong balls between them. By mounting the head of a tennis racket to each one, and carefully positioning them, they’re able to get the ball to volley between the two. Here’s a video of the exciting ball juggling action.

I guess it’s more like a round of ping-pong than “juggling” per se, but it’s still pretty impressive. Sure it’s not like watching Nadal and Federer go at it, but they drop the ball fewer times than I usually do. What do you think the Swiss will teach their quadrocopters to do next? I hope they’ll get them to make some watches and chocolate.