The brain inside Peter Balch’s steampunk mouse may be fake – at least that’s what Balch says – but it’s as creepy as the steampunk mouse with sheep skull on it. Also, I can’t figure out how you’re supposed to hold this thing. Maybe it moves on its own. 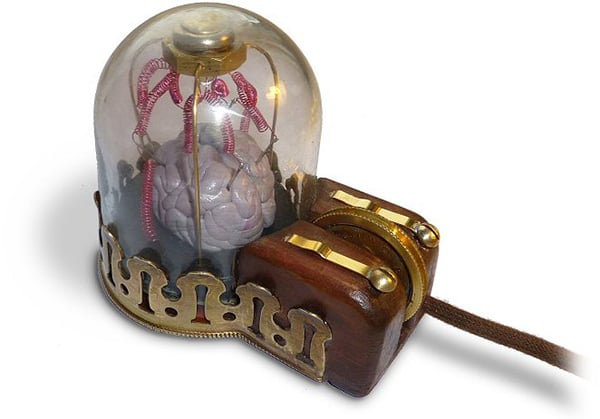 Balch made the mouse mostly by culling parts from other objects. He started out by gutting an optical mouse. The mouse wheel is actually a coin, the left and right gold-plated bronze contacts are from “scrap electronics”, the mouse cable is covered by a shoelace, the glass dome is from a Victorian gas mantle, the railing is from a fake oil lamp, and the brain is made from Fimo. A color-changing LED glued to the nut inside the dome is connected in parallel to the LED of the mouse, giving it that added creepy science factor. 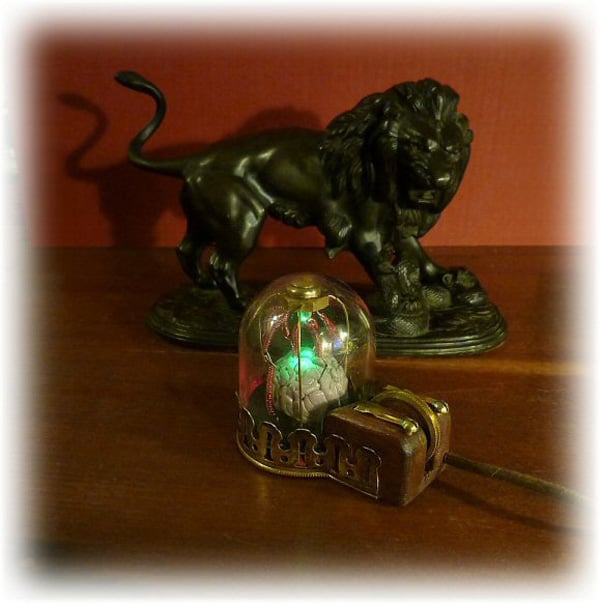 Check out Balch’s website for more pictures and instructions. You can also send Balch an email if you don’t have the tinkering skills but you do have the ability to pay, and he’ll gladly make you a brainy steampunk mouse.