I always wanted to be an archaeologist when I was a kid. I had the Indiana Jones whip and hat left over from Halloween, so it was a natural progression for me. I later found out that you have to go to college for a really long time and opted out. I never really think about archeologists finding anything cool inside the US since we are a relatively young country compared to Europe. Mostly, I think of archaeologists finding stuff like Incan gold or a mummy’s crypt rather than extinct mammals. 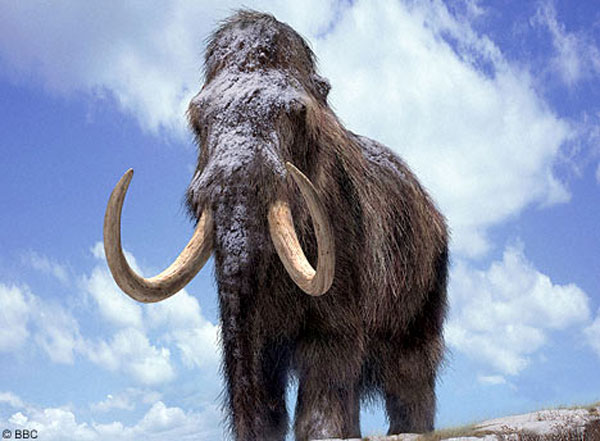 Archaeologists from Santa Clara University have announced that they have found a pair of Columbian mammoths thought to be an adult and an infant, thought to be from somewhere between 9,000 and 13,000 years ago. The remains were found at a site in Monterey County, California. They fear someone might loot the site, so they are keeping the exact location a secret. Here’s a pic of one of the beast’s tusks being dug up: 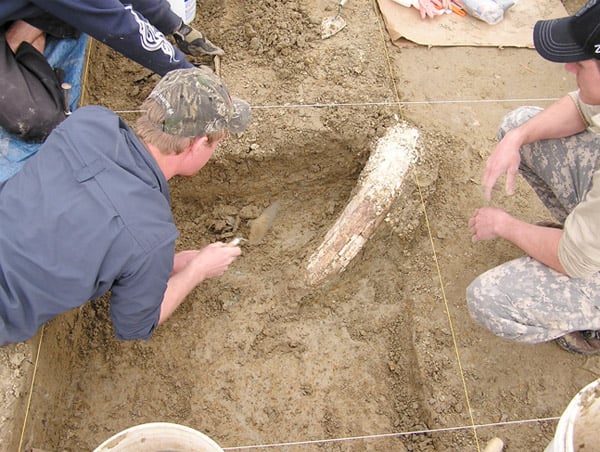 The coolest part is that the team has only unearthed 10% of the skeleton and they have already found hair, which leads to the possibility of DNA left over (and the launch of a theme park a few years down the road.) The bones were found in December by a farmer that was leveling his property with heavy equipment and exposed a tusk and a molar. The team is currently working on excavating more of the remains.