Remember AIBO, Sony’s now discontinued robotic pet dog? Well Sony’s loss is Korea’s gain, now that they have a corner on the market for dancing robot dogs. GENIBO has been around in Korea for a few years now, but this is the first time I’ve seen the robodog in action, and it’s definitely got some impressive moves. 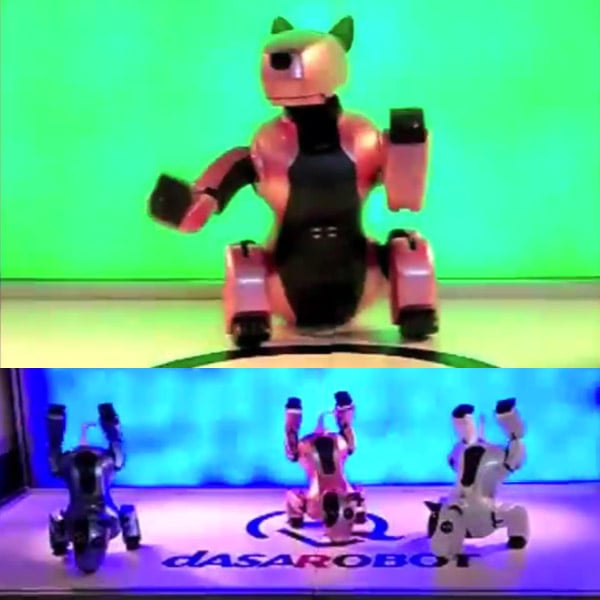 Made by DasaRobot, GENIBO is supposed to be more “dog-like” in its a appearance than AIBO was, but from the looks of this video clip, I’m not sure that’s really the case:

What was the last time you saw a dog pull off dance moves like that? And I don’t ever recall seeing a dog that could stand on its two front legs – but that’s just me. Either way, GENIBO is pretty cute, and quite talented. Unfortunately GENIBO isn’t cheap. I found the robot dog over at RobotShop for about $1650 (USD). At that price, he better not ever poop on the carpet.