A new iPad app called Stereolizer takes advantage of the abundance of Internet radio stations and lets users record tracks from stations onto a digital cassette tape. The tapes seem to be graphical equivalents of an audio file, but the illusion Stereolizer provides is aesthetically pleasing. Recording, playing back, rewinding and more of tapes are all done on a virtual tape deck. 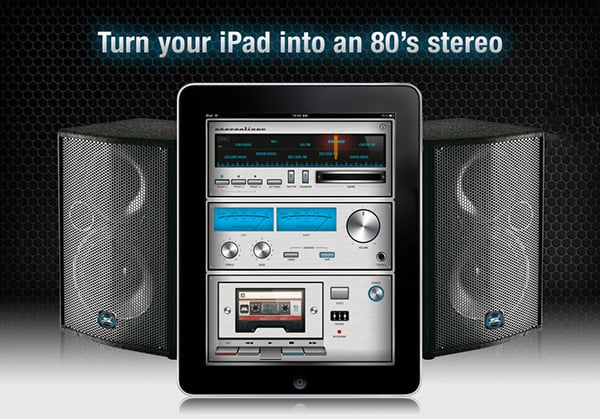 One feature that I think needs to be added is the ability to share your tapes, whether it be via twitter, Facebook or email, so users could send and receive virtual mixtapes.  And then you’ll compile a stack of tapes that chronicle your failed relationships, then you’ll record over those mixtapes with your drunken rants about how much of a bastard that ex of yours is, and then you’ll change your mind and make new mixtapes to try and win them back, all of which will inevitably be sent back to you. Awesome. Stereolizer is available from the iTunes App Store for $2 (USD).