When I was a kid my dad owned a car lot. One day, he came home with the Pong game that the had taken as a down payment on a car. That Pong game was as boring then when it was new as it is now, but it certainly started something for a bunch of gamers like me growing up in the 80’s. A geek named Brad has taken it upon himself to build a new four person Pong coffee tablet and it looks cool. 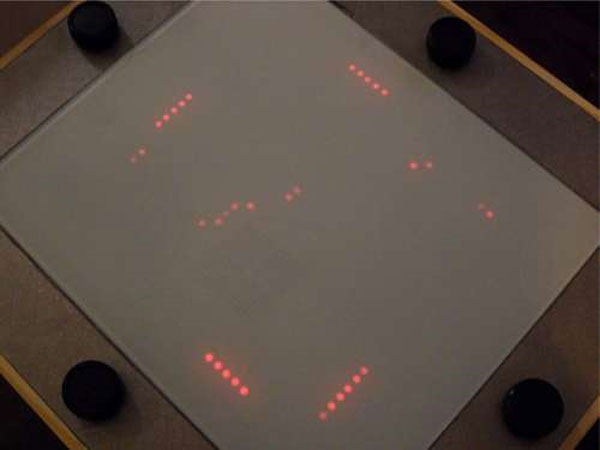 Good looks aside, the thing is still pretty boring to play.  The builder used four controllers with the knob on top that rotates from an old Atari to control the table. It supports up to five balls at one time on the screen, which makes thing slightly more interesting than the original. 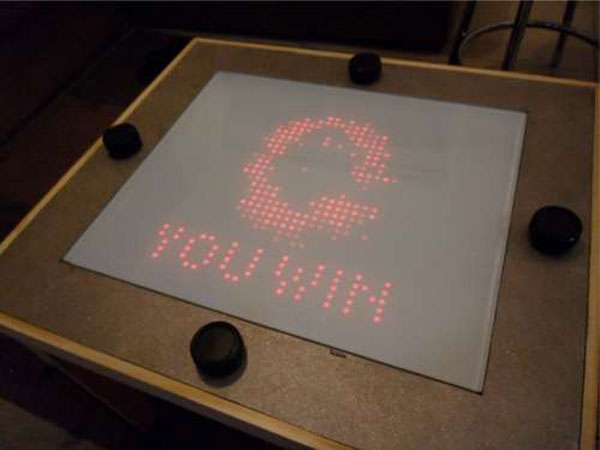 It doesn’t use a modern LCD screen either. The game board is made using LEDs arranged in a grid. The display has 900 LEDs total in a 30 x 30 matrix. The table is controlled by an 8-bit microprocessor at 8MHz and power comes from four AA batteries.