The Smartest Guitar in the World [PC Casemod]

Here’s a guitar that can be used to play Midlife Crisis and Crysis. Le Journal du Geek reader Jossss stuffed an Ibiza acoustic guitar with PC parts and left the strings attached, so technically you can still play the guitar, although I bet the acoustics of the body have been screwed up by now. 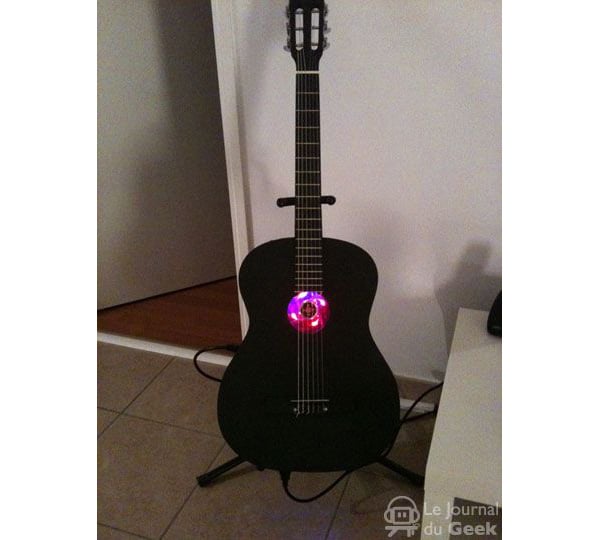 Josss filled the guitar with an Asus P5Q Deluxe motherboard, an Intel Quad Core Q6700 CPU, 4 GB DDR2 RAM, an MSI 8800 GTX graphics card and a 600W Thermaltake PSU. Not the latest and greatest hardware, sure, but what’s inside your guitar huh? Probably just cobwebs and a couple of picks that fell in. 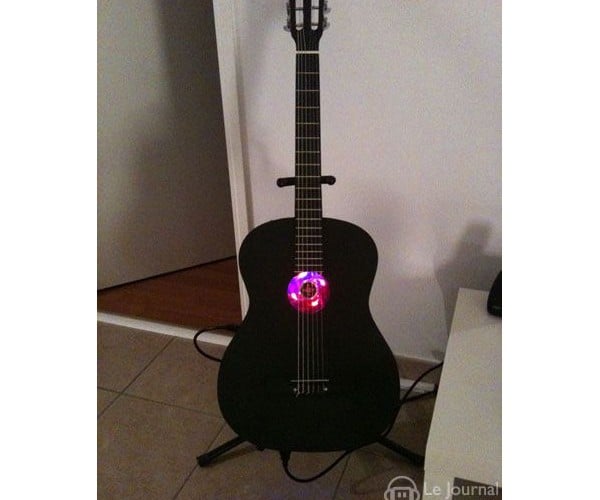 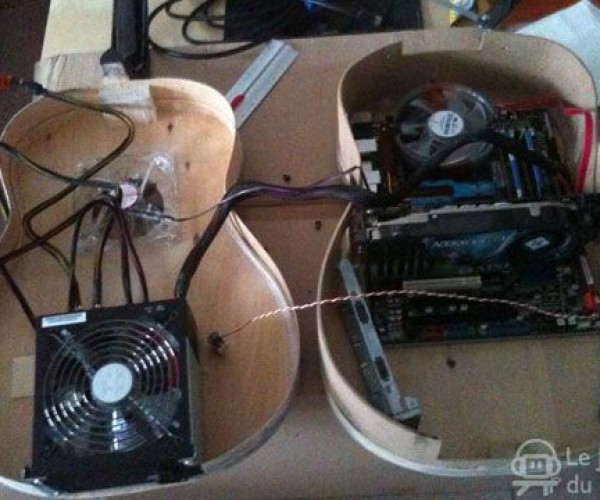 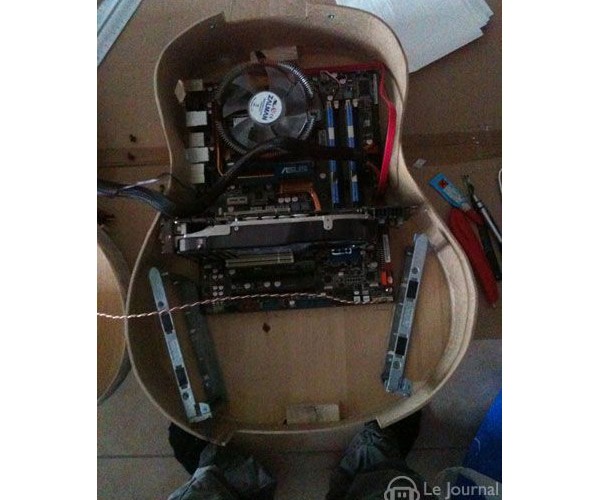 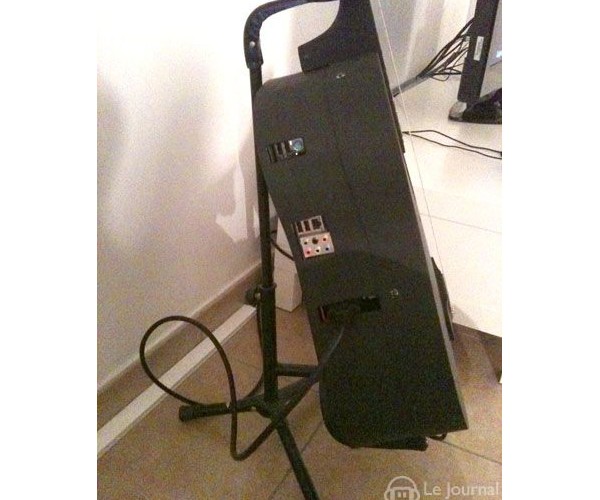 Jossss says that the guitar doesn’t get too hot even when under full load, and he’s also thinking of improving on it by using much smaller parts. Ever considered using a multi-neck guitar Jossss?