Okamiden Bento: Eater and the Wolf

Fans of the Nintendo DS game Okamiden will immediately recognize Chibiterasu, the game’s sickeningly-cute little wolf protagonist being served up in this tasty bento lunch box. The meal was created by by bento expert AnnaTheRed, who’s clearly got better knife skills than I. 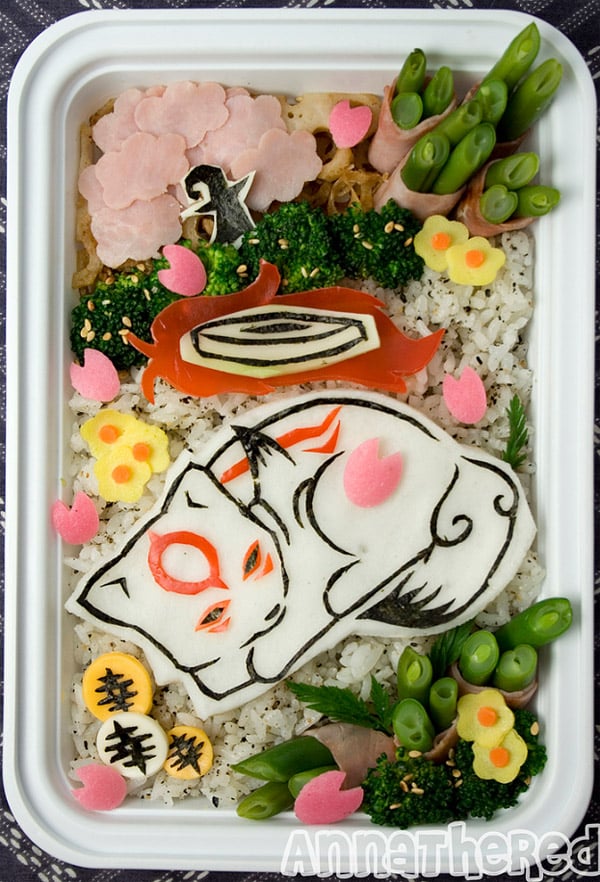 In addition to the bento box, she also made a gomuku-sushi bowl, which isn’t officially a bento, but demonstrates some similarly intricate food-play skills. 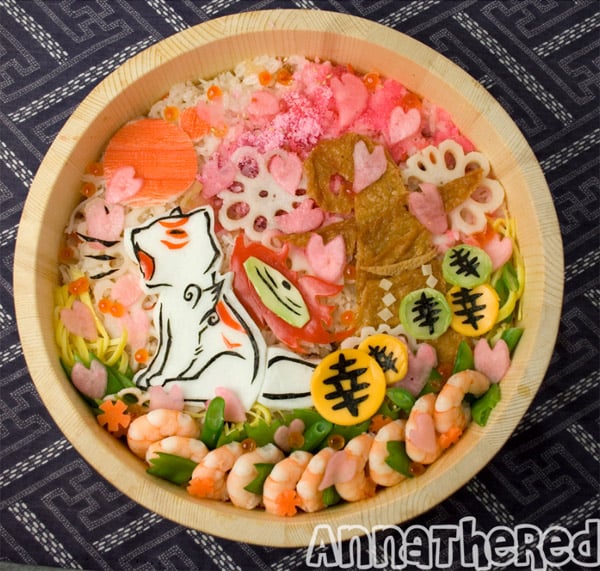 I’ll leave all the careful descriptions of the foods Anna used to make these scenes to her blog article, but I will tell you that Chibiterasu is made from hanpen, which is made from a ground white fish, and detailed with seaweed, broccoli stem and red pepper. I can assure you that no actual wolves were harmed in the making of these meals. 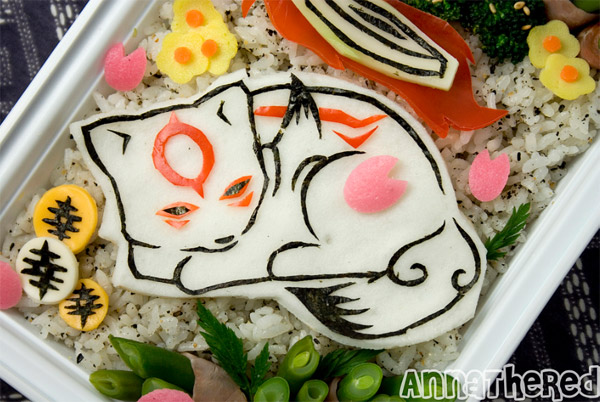 Now I have no doubt that these were delicious meals, but I couldn’t bring myself to eat them. I’d just have to stare at them and leave them alone until they got good and moldy and I had to throw them out. The idea of eating little Chibiterasu is just too much for me to take.