I have looked at a bunch of watches around here over the months and some of them aren’t geeky as much as they are just cool. This awesome watch from Harry Winston is one of those plain cool watches. Yeah, the thing costs more than my house at $250,000, but this watch is not aimed at normal folks like you and me. 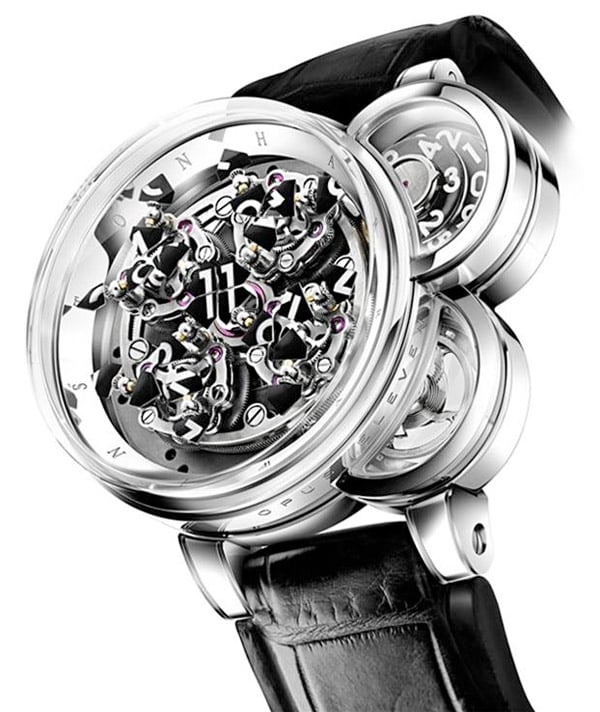 The watch is called the Opus Eleven and it has the coolest movement for the hour that I have ever seen. Look at all the little gears and chunks on the main face. The number is made from sections of the number on four different arms. As the hour draws near the movement positions the chunks so you can read them. Here’s a video clip showing off how the Opus Eleven’s movement works:

In addition, the little mouse ear on the right at the top has the minutes and the mouse ear below it is just to show that you can see how cool the gears are inside. In the photo the time is 11:30, it’s easy to read. If I were to spend a quarter of a million on a watch, this is the one I would choose.