It seems like everyone wants 3D today, unless it’s in their living room with a TV or something. Consumers are staying away from 3D in the home in droves, but 3D films are constantly hitting theaters and are still popular. Hasbro unveiled a cool 3D holder that looks a lot like the old View-Master from my youth a while back. The updated version is called the MY3D. 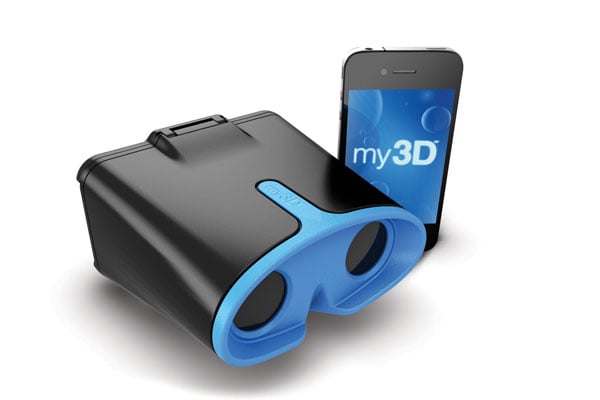 This thing has a door that you put the iPhone or iPod touch into, and openings on the bottom so you can control the touchscreen. Once you download compatible apps from the App Store, you can play a bunch of 3D games (link opens iTunes) on your iOS device.

Hasbro has announced that the MY3D will hit Target stores on April 3 and will be a Target exclusive until June when the device will and at other retailers. It will set you back $34.99 if you have to have one.