TDK isn’t exactly a brand that’s made its mark on the U.S. tech scene since back in the cassette tape days, but with their recent, awesome retro boombox, and now this cool portable stereo, they’re definitely making a comeback. 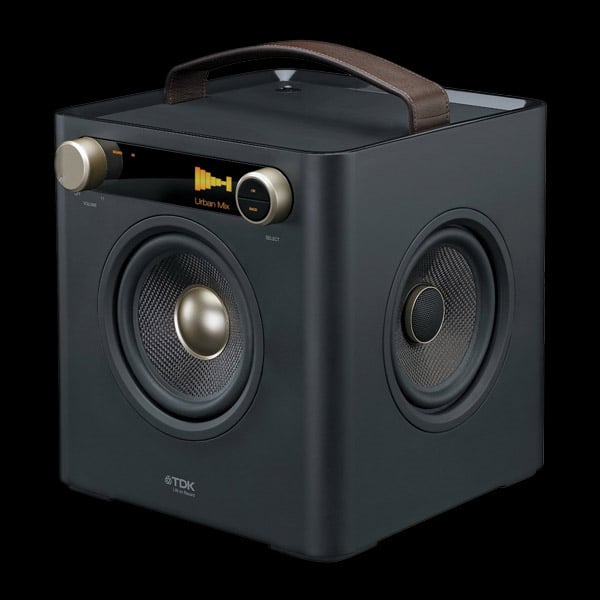 The $300 (USD) Sound Cube is the latest in TDK’s Life on Record audio series, and looks like another potential winner. The 17-pound portable enclosure measures 9.8″ x 9.8″ x 9.8″. It houses a pair of 5-1/4″ full-range coax drivers, and the other two sides are filled with passive reflectors that look like speakers. It’s designed to placed centrally in your room, radiating sound outwards from the middle of your space. 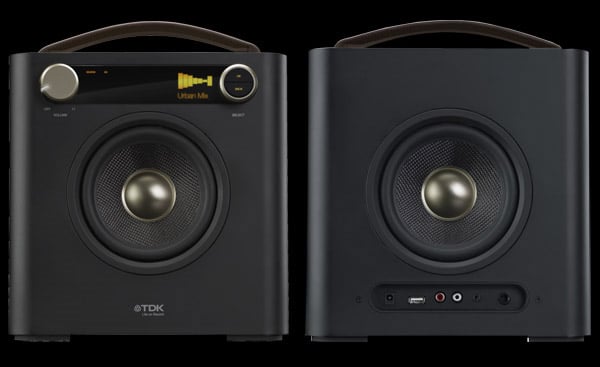 In addition to standard RCA, 3.5mm and even 1/4″ audio jacks, the Sound Cube has a USB connector for plugging in your iPod or even a flash drive for music playback. It doesn’t have an actual dock for media players, but it has a non-slip surface on the top so you can use it with any player you want, instead of just iOS devices. It’ll even run on 12 “D” batteries, and has a handy leather carrying strap if you really want to use it away from an outlet. Early reviews over on Amazon are quite positive, claiming room-filling sound (for smaller spaces), with just 20-watts per channel. Plus, it just looks cool, dontcha think?