Got 105 spare ping-pong balls, and an equivalent number of LEDs lying around? Yep, thought so. Well if you’re looking for something to do with all those random objects, the guys over at Hack A Day have a little spare-time project for you – a ping-pong ball clock. 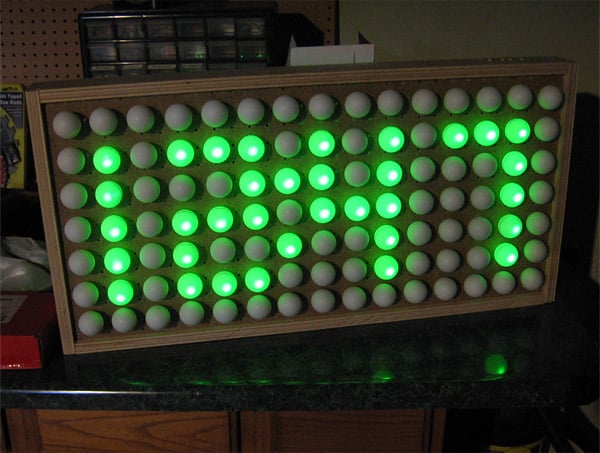 The clock looks a lot like the ones you might see on the outside of a bank, but uses ping-pong balls as the diffusers on top of a 15×7 matrix of LEDs. The LEDs are pressed into a piece of pegboard, and the display is run by an ATmega168 and a Maxim DS3232 real-time clock, connected in a circuit consisting mostly of transistors and wires. When turned off, the whole thing looks rather unassuming – like a bunch of ping-pong balls glued to a piece of wood. Oh yeah, that’s what it is. 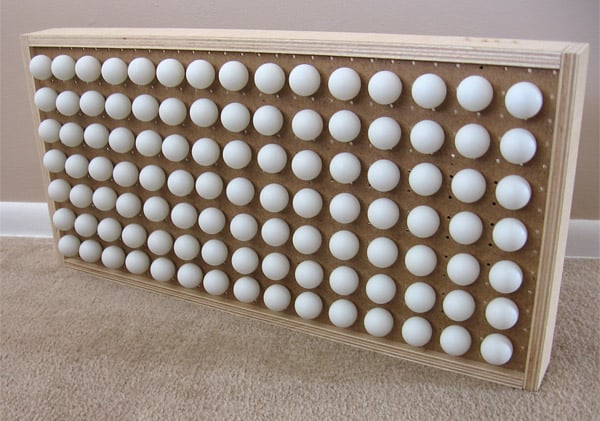 While this particular build is designed to work as a clock, there’s no particular reason you couldn’t apply the same idea to make a giant version of a PONG clock – which I think would be more appropriate, given the work materials. You can find the full DIY guide for the ping-pong clock over at Hack A Day.