The designer of this cool Spotify radio prototype is Jordi Parra. You might remember this dude as the guy that had a hand in making that cool piggybank last month. The latest design you see here is all Parra, and he might even take it to Kickstarter to get the funds to make it a reality. 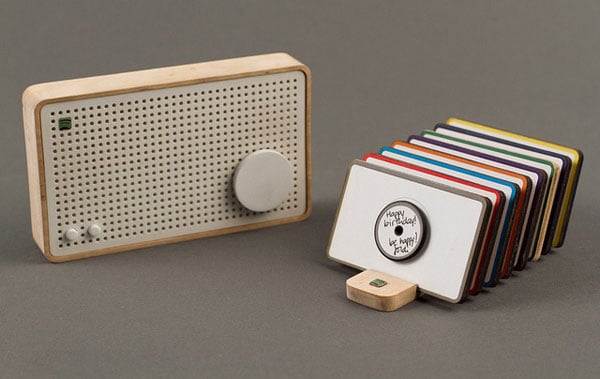 The Spotify radio would connect to your PC for streaming tunes from the music site. The cool part is that you can take little discs and sit them on the front of the radio like an old school record and the radio will automatically play the online playlist associated with the wooden disc. 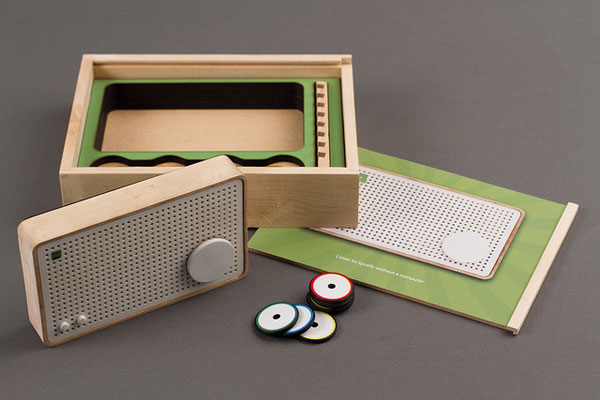 With this, you could hand out virtual mix tapes to your friends just like the 80’s. The radio portion would have WiFi connectivity and the discs would use RFID to identify themselves. Buttons on the radio would let the user skip tracks and more. 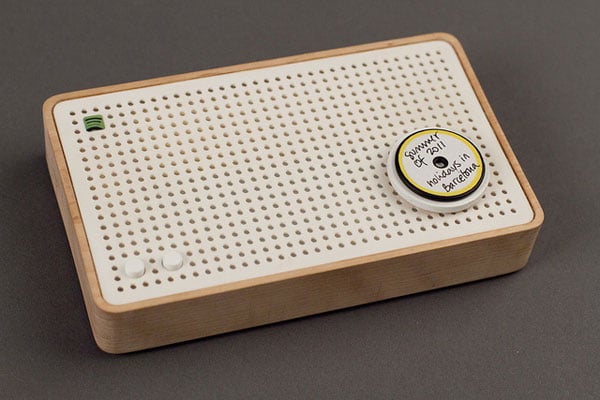 As it stands now the device would need to connect to a computer, but Parra hopes to use Arduino and an ARM processor to eventually make the things stand alone.