iRobot 110 FirstLook: The Little Spy Car That Could

The iRobot 110 FirstLook is built to serve the military and law enforcement. From the looks if things, that’s pretty obvious from the get-go. Usually, you don’t need a robotic spy cam unless you are defusing bombs or conducting surveillance. But hey, that doesn’t mean that you can’t have some fun with it if you’ve got the cash to get one. 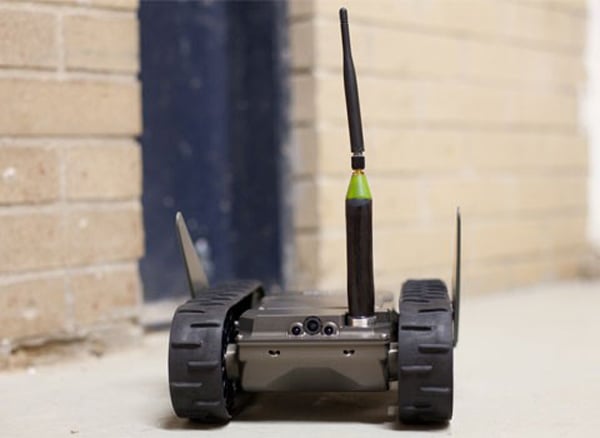 Currently, the FirstLook is a prototype, but it will be available for purchase next year. It’s waterproof (up to 3 feet), shockproof (up to 15 feet), can even climb steps and obstacles. The cool thing about this design is that it can even flip itself without too much effort. This ‘bot weighs less than 5 lbs and measures only 10 inches in length. 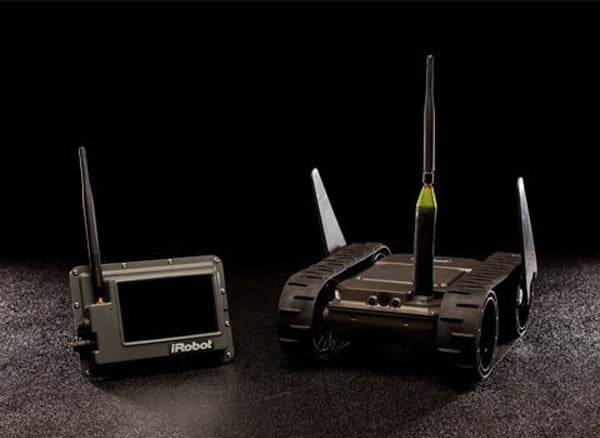 The robot has got 4 cameras with full audio, and it’s controlled via a wrist-mounted touchscreen remote. I imagine that controlling it via an iPhone app may also be possible. It will last up to 6 hours with a charge. 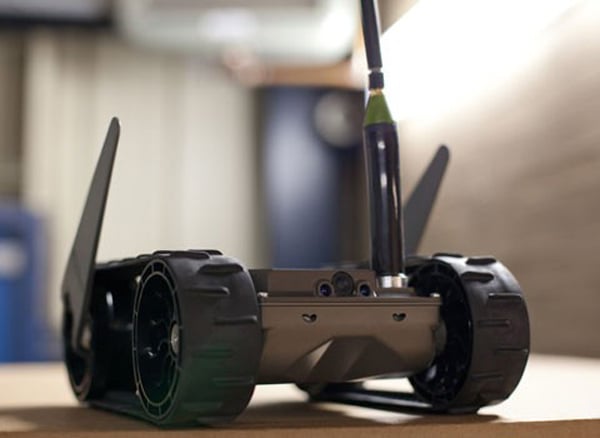 Here’s a quick video overview of the 110 FirstLook in action: