Here’s a fun project to do if you have a couple of unused keyboards lying around – a picture Rubik’s Cube with function and number keys on it instead of colors. Making one’s not as easy as Ctrl+X, Ctrl+V though. 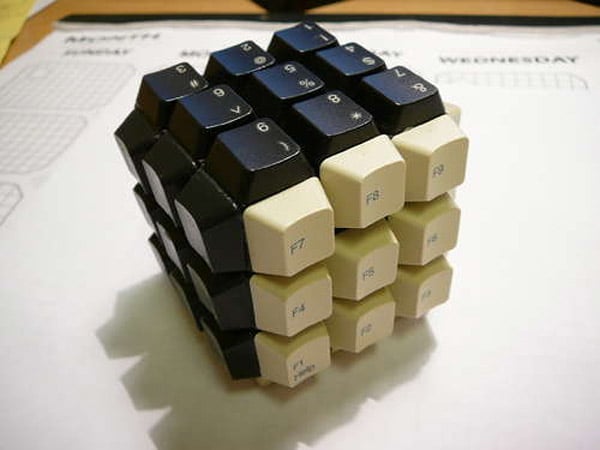 Instructables member Overlord5 used two groups each of the function keys, the numpad keys and the row of numbers on top of the letters to make his Rubik’s cube, but obviously you’re free to make your own combination. 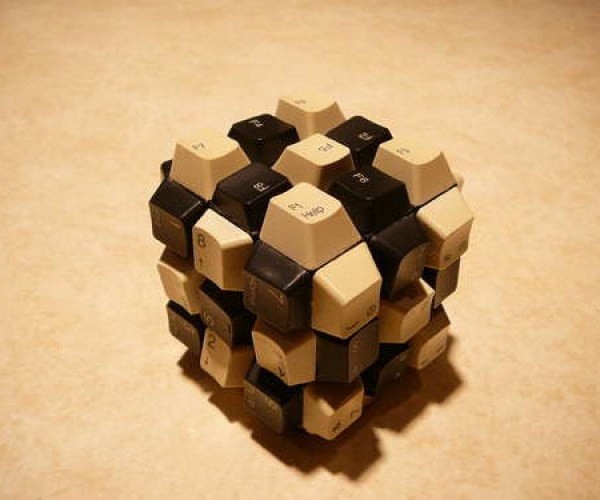 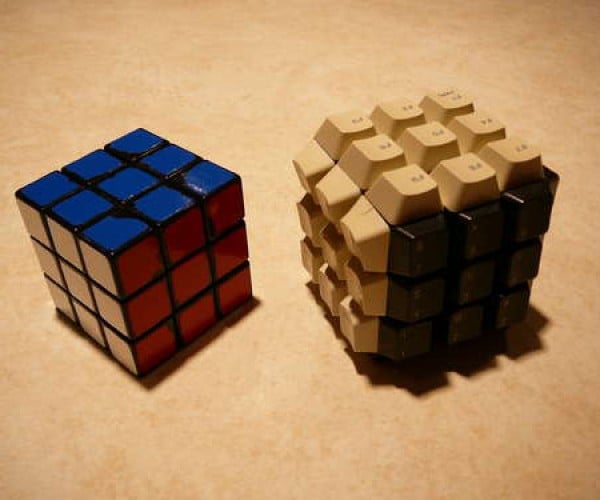 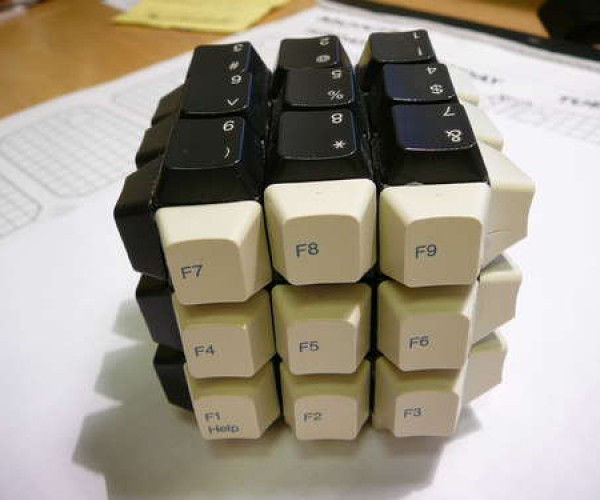 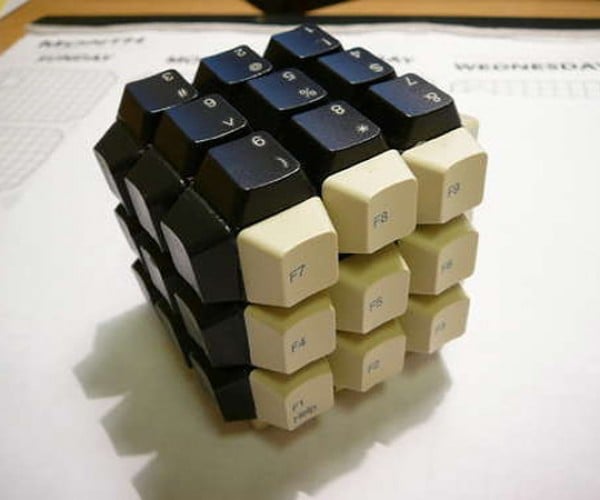 Check out Instructables for the full walkthrough. If you’re not familiar with picture Rubik’s Cubes, Overlord5 recommends you watch this video that shows how they’re solved. I wonder if anyone’s made a Rubik’s Cube using touchscreens on all six sides.