There are plenty of infrared lenses and night-vision cameras out there, but this cheap little digital camera is a really affordable way of getting into IR photography. Naturally, any photos you take will look a bit strange and bizarre but that doesn’t stop the Midnight Shot NV-1 Night Vision Camera from being a fun little cam. 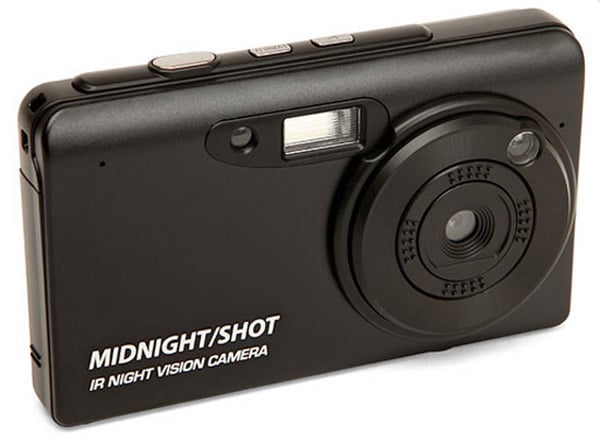 The camera itself has a 5MP sensor and can record VGA video. That’s somewhat basic, but since it can shoot in IR, it makes up for it. It’s got an IR illuminator to light up the world in the dark. . It can also take normal shots, but who cares about that? With the IR mode on, plants will highlight like ghosts, and humans will look like aliens. While it may or may not be able to take photos as good as the one below by Bill Gracey, it’s certainly worth a shot. 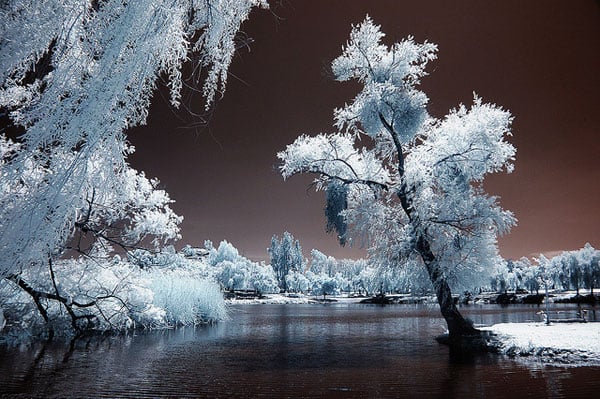 The Midnight Shot sells for $129.99 (USD) over at ThinkGeek, and since the camera captures both infrared and visible wavelengths, you’ll want to add a cheap infrared filter to get the best night shots possible.