The latest cool concept watch to show up on the TokyoFlash design blog is this unique timepiece which would tell time like a traditional sundial. However, this particular sundial doesn’t rely on the sun’s powerful rays at all. 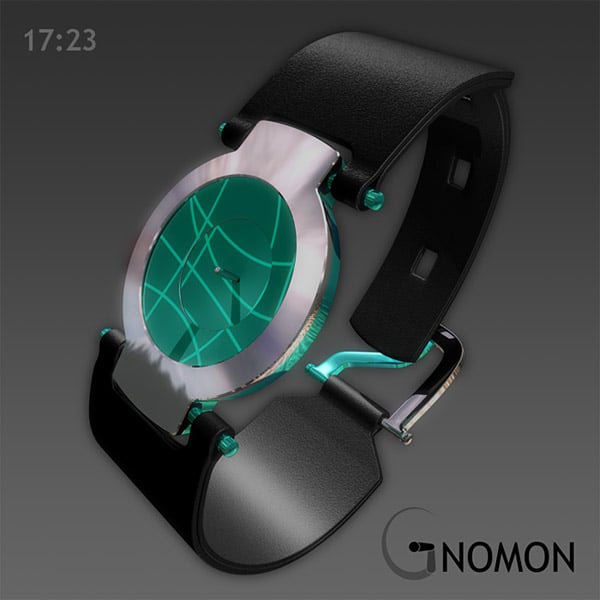 Instead, the Gnomon watch (named for the triangular blade in the middle of a real sundial) would use a set of LEDs that orbit around the watch face that projecting light through tiny arms that cast shadows across the display. 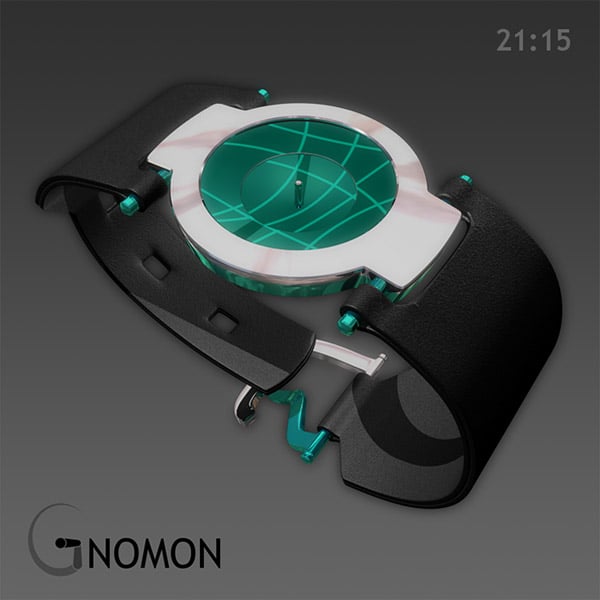 Designed by a guy named Anders from Sweden, the Gnomon would cast two shadows across its bold modern face. The outer one indicating hours, and the inner one indicating minutes. Its actually remarkably easy to read once you get the concept. 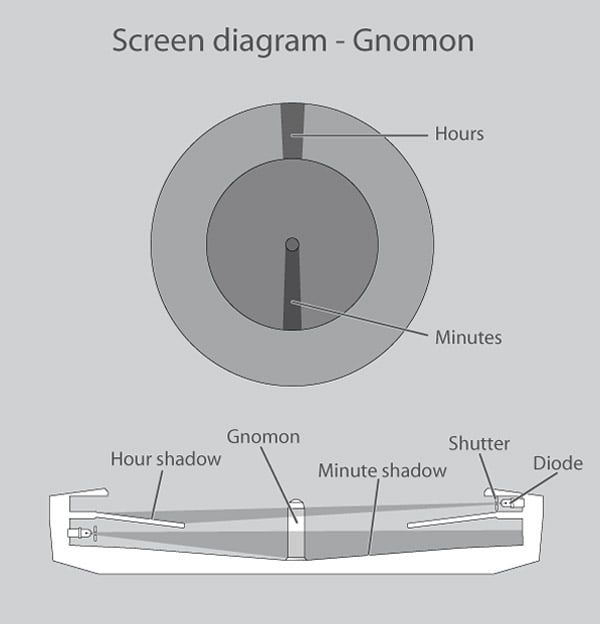 As is the case with all designs on the TokyoFlash design blog, there’s a chance it could be made if enough readers vote for it (assuming there’s some way to actually manufacture it). Head on over and cast your vote if you’d like to see the Gnomon produced.