Here’s a fun casemod for fans of off-road vehicles. This PC got its humble beginnings in one of those modern IN WIN cases, but once the modder was done with it, the thing turned into a serious off-road (or is that off-desk) truck. 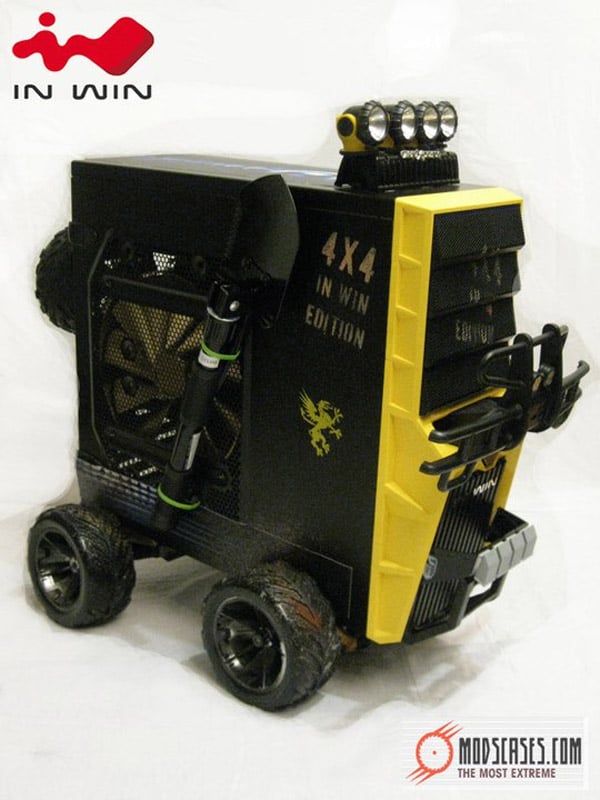 The guys over at ModsCases.com took a cheap off-the-shelf IN WIN Griffin tower case, and added wheels, and bumpers to this PC. Notice how the axles even are suspended with shock absorbers. The spare tire on the back is a nice touch too. 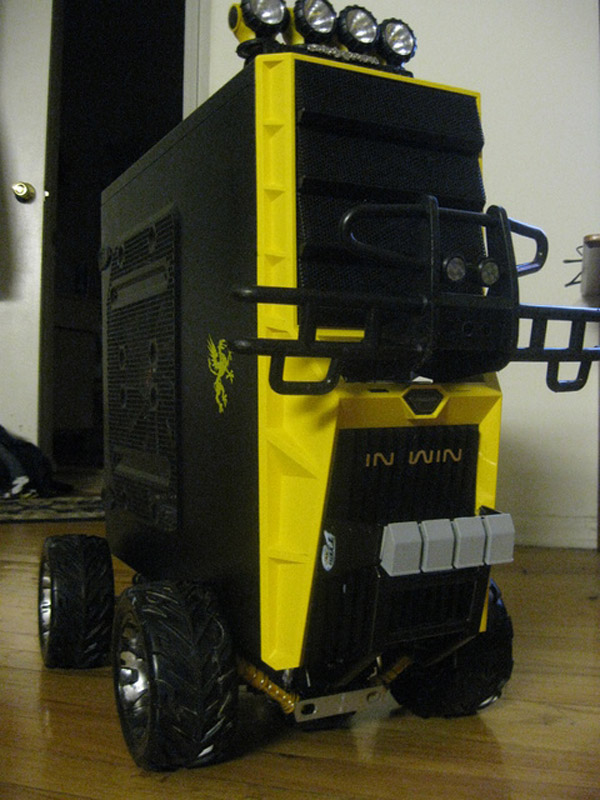 They even went as far as adding a set of four functioning fog lights, assembled from the heads of flashlights. 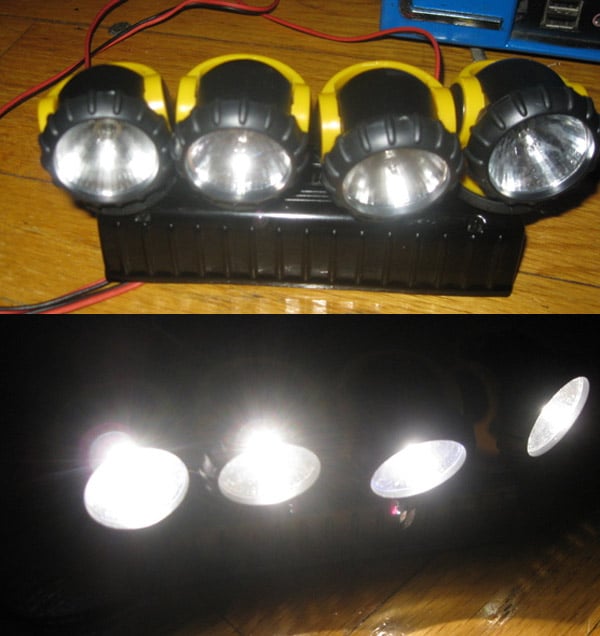 It actually looks like the wheel assemblies came from an R/C vehicle, so the only thing better would be if the rig could actually drive. For some reason I don’t think those little motors would have enough torque to pull this thing along a dirt road though. 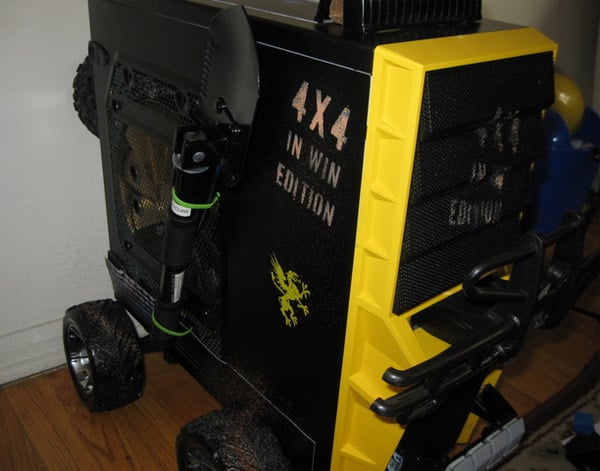