Lunartic Belt-Driven Hubless Bicycle: This is the Future of Cycling?

Hubless wheels aren’t new, but combining those with a belt drive definitely make for a distinctive bike. The hubless bike is supposed to be as compact as possible, without having to fold it or being awkward to ride. 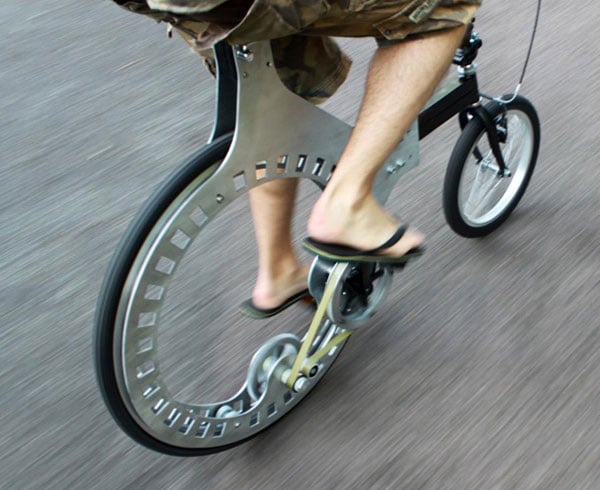 This Lunartic bike was developed by Loughborough Design School student Luke Douglas and it’s belt-driven. On top of that, the rear wheel hasn’t got a hub, so there are no spokes. The goal of his project was to create a compact bike with the performance and comfort benefits of a large wheel.

It would be cool if that drive mechanism could be used as a dynamo to charge up gadgets. It’s definitely an interesting bike design, but to be honest, we’ll see if it’s ever made.