Geek dad Brett King made this custom TRON lightcycle board game for his kids. Just like in the movies, the objective of the game is to smash opponents into the trail that your lightcycle leaves behind. I think this is the first board game I’ve seen that’s meant to be played under black light. 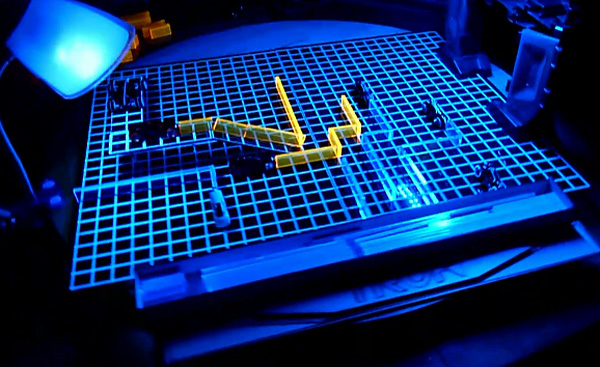 King bought the lightcycle die-cast toys as well as the Recognizer, and then made a game board by laser-cutting acrylic and then coating it with black light reactive paint. The trails are also laser cut acrylic. The board itself seems to rest on top of a lazy susan to make it easier to access game pieces.

The elevated section is a nice touch; it would’ve been nice if there were more on the board. Check out the video’s description on YouTube for more info on the game’s rules.