Playstation Gashopon Collection: Is That a Tiny PS One in Your Pocket?

If you’re looking to fill out your dollhouse with geeky accoutrements, you might want to grab some of these Japanese toys, which are basically really tiny versions of the original Sony PlayStation line. 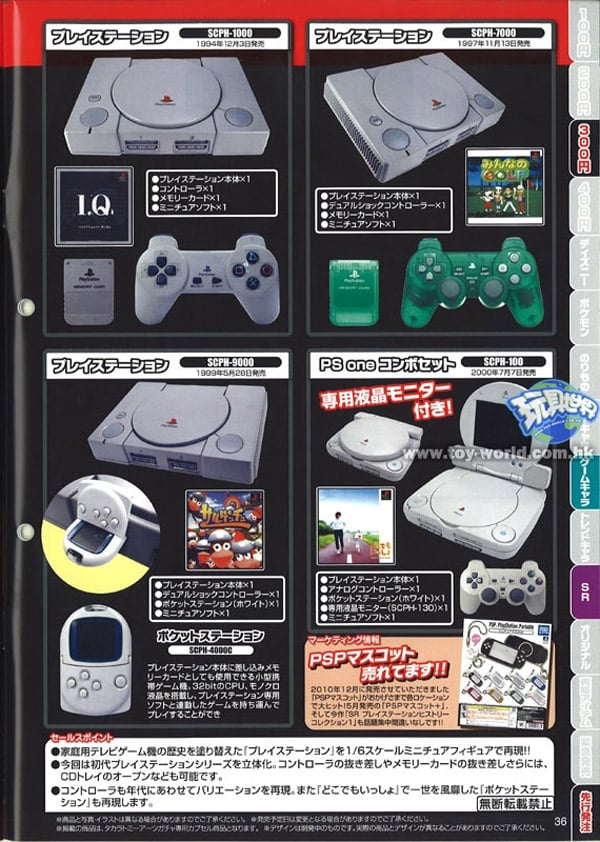 Takara Tomy’s SR Series PlayStation History Collection 1 includes miniature plastic versions of four PlayStation models. Designed to be sold in Gashopon vending machines in Japan, this set includes not only the consoles themselves, but mini versions of games, memory cards, joysticks and more. 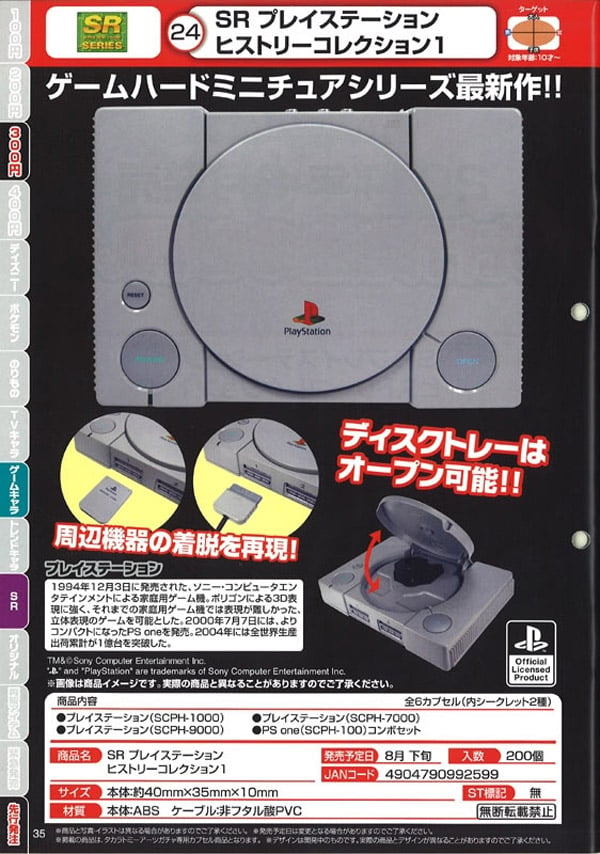 The lids on the CD-ROM trays even open, and the controllers actually plug in too. About the only thing these miniatures don’t do is play games. The set of four includes:

You can pre-order the set over at NCSX for $29.90 (USD) for delivery this Summer. No word on when they’ll release PS2 or PS3 versions.