I’ve heard plenty of versions of the Super Mario Bros. theme song over the years, but I can honestly say this is the first time I’ve heard a version of the tune played Arkansas bluegrass style. 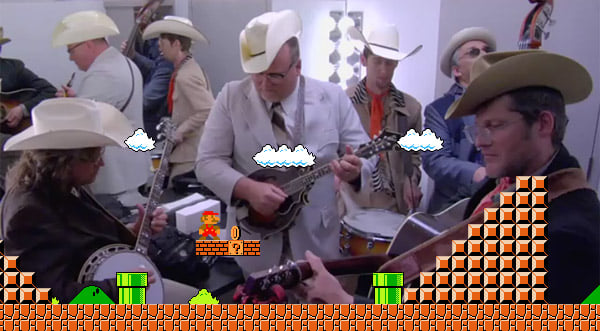 The members of the Arkansas bluegrass group The Cleverlys recently jammed out this awesome version of Mario’s theme in their own inimitable style for the guys at Maxim UK. Check it out…

And if you’ve never heard The Cleverlys before, be sure to check out their awesome Black Eyed Peas cover over on our sister site, The Awesomer. And no, we have no idea why they call themselves a trio when they have five members.

[Thanks for the tip, Chris!]