Articulated Arm Tablet Holder: If iPad and Luxo, Jr. Had a Baby

You know, the funny thing about this image is that Steve Jobs really was the father of both of these items – there’s Luxo, Jr., the little articulating Anglepoise lamp from Pixar’s breakthrough short film, and an iPad, from, well, you know where. Ok, Jobs didn’t found Pixar, but all the really good stuff happened after he bought it back in 1986. 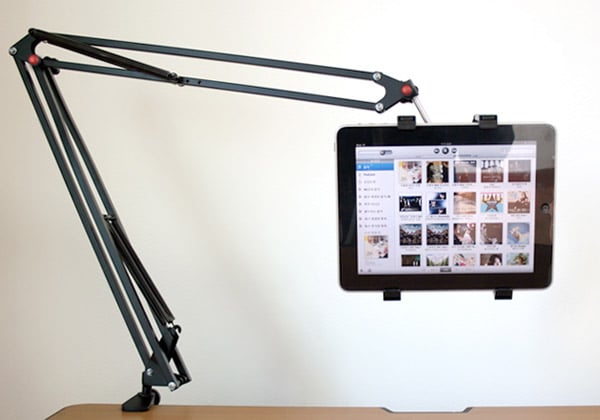 This love-child of Luxo and iPad is one of the more unique – and potentially useful – tablet contraptions I’ve seen so far. The stand conveniently mounts to any desktop and provides you with a handy articulating arm for using your tablet with one hand. 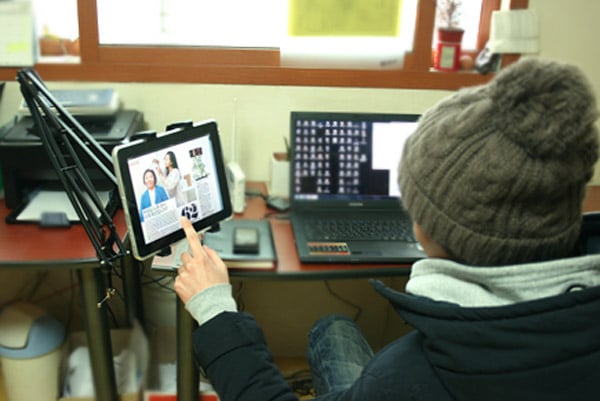 I could totally see this coming in handy at work when I want to check something on my iPad while sitting at my desk. Of course, thanks to a flexible mounting bracket, it doesn’t just work with iPads. It’ll actually work with any tablet or e-book reader from 140mm (5.5″) to 255mm (10″) tall, just as long as it’s at least 145mm (5.7″) wide, which should mean the iPad and iPad 2 will fit nicely in either portrait or landscape modes. 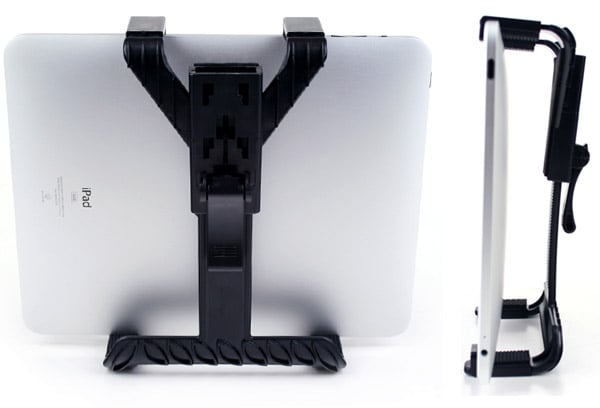 The tablet sits in an adjustable cradle that can be tilted in just about any direction or angle you want, then locked in place to prevent movement when in use. The articulated arm measures appx. 95cm (37.4″) long when fully outstretched, but that includes the length of the desk clamp, and it can be compressed down to as little as 53cm (20.9″) when fully retracted. 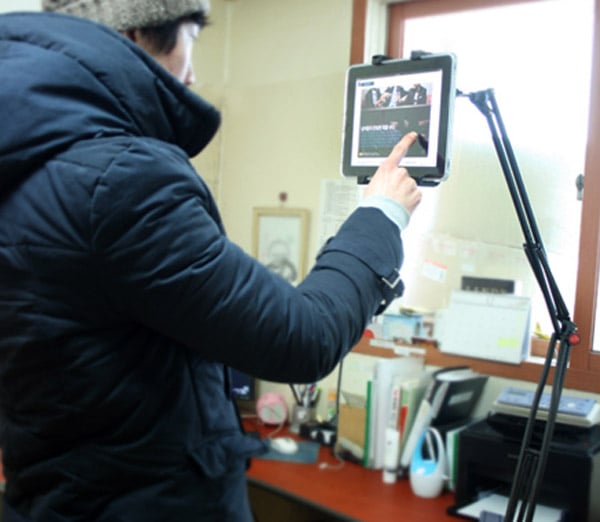 So this all sounds pretty spiffy, right? So here’s the bad news. The only place I can find this device is in Korea, where it currently sells for the totally reasonable price of 54,000 KRW (appx. $50 USD). If you want to try and deal with getting one imported, you can head over to the Early Adopter Shop [KR] and give it a whirl. If you speak Korean, you might just be able to make it happen. Hopefully someone here in the States will find the manufacturer of these and import a batch. You can find something similar over at ergo 101, but you’ll end up paying about $300 for theirs.