Hyperkin has released several ways to play retro games at home, including their RetroN, which can play games from NES, SNES and Genesis. But their handhelds have only played NES games. Now, they’ve take wraps of a new portable that can actually play real SNES cartridges. 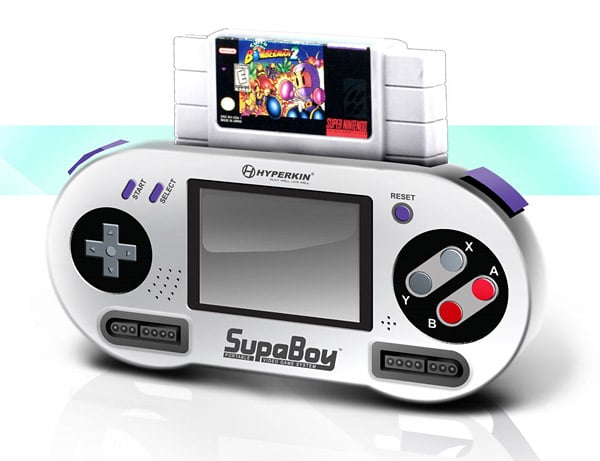 The new SupaBoy portable will accept Super Nintendo cartridges for play on its built-in 3.5-inch LCD screen. The handheld will have a D-pad and gameplay buttons on its face, as well as shoulder buttons. It also has ports for full-size SNES controllers and video and audio out so you can play on a TV. 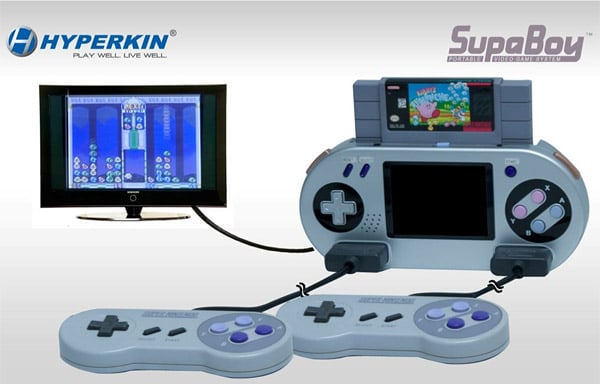 IGN reports that the SupaBoy will hit this Summer, and at this point will only play U.S. cartridges. However, the prototype clearly shows a Super Famicom cart in the photo below, and the Hyperkin guys themselves say they’ve tested some Japanese carts, so I think the limitation is just NTSC, not U.S. specific. PAL gamers are out of luck for now. 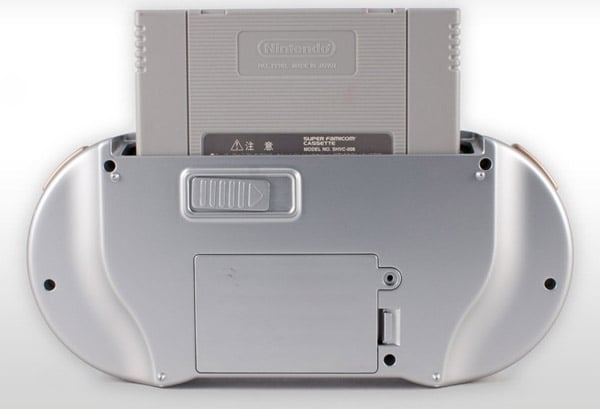 The SupaBoy currently weighs in at 11.5 ounces (plus batteries and cartridge), and battery life for the handheld is expected to be around 5 to 5-1/2 hours. These specs could change in the final model, though. Expect more information over on the Hyperkin website soon.

[via Gameinformer and Video Game Museum]