Tetris Played With Rubik’s Cubes: Fun to Watch But Not to Play

The thing about stop-motion videos is that they constantly remind us how time-consuming they must have been to make. Take this video by YouTube user BananaNeil for example, where he plays a game of Tetris using the tiles of Rubik’s Cubes as pixels. 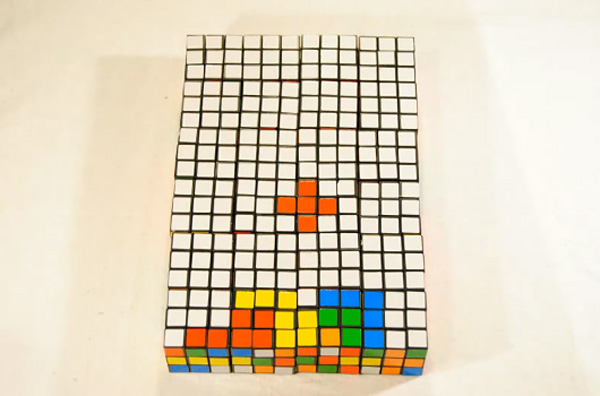 BananaNeil claims that he had to manually configure the Rubik’s Cubes with each shot. Although just thinking about the process is enough to give one a headache I don’t think peeling off the colored stickers would be any easier, especially since they’re not made to be peeled off and re-applied repeatedly.

So why all go through that trouble? BananaNeil actually made this video to promote his Facebook game, N-Tris. I’m not a Tetris fan but after seeing that video I just had to play the game even just a couple of times. It’s the least I can do.