The eReader market is booming – and while most of the eReaders out there use eInk screens that are in gray scale, one eReader from Barnes & Noble has a color screen. The eReader is called the Nook Color. The downside to the color screen is that the Nook Color uses battery power faster than most other eReaders. 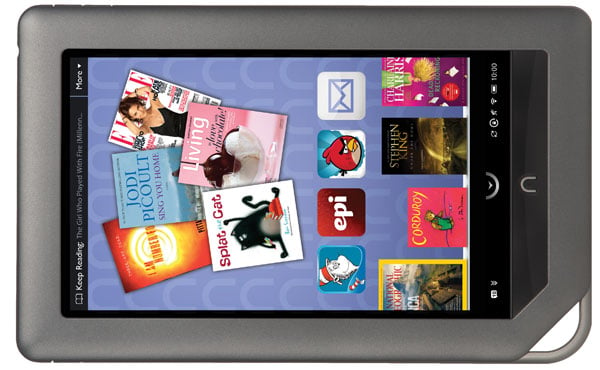 The device has a 7-inch color LCD and has access to more than 2 million digital books along with full color interactive magazines and newspapers. The other big thing that is cool about the Nook Color is that it runs Android, so it can be extended to do other things too with official updates. Barnes & Noble and Staples have announced that Staples will be selling the Nook Color in Staples stores around the country. This gives people looking for the Nook Color one more place to find it.

The Nook Color will land in Staples stores on May 1 for $249 (USD). That is the same price it sells for directly from B&N.