Want to make your Xbox 360 controller a little more bad-ass? How about replace the buttons with bullets? It turns out there are DIY kits available out there which let you do just that.

Surprisingly, I found a number of different Xbox 360 bullet controller kits over on eBay, but the ones from UK modders Rogue Controllers are my favorites. Their kits include a set of 9mm Luger bullet buttons for replacing your ABXY buttons, as well as a shotgun shell as a replacement for your D-Pad.

You can even decide between a Winchester or Remington 12 gauge shell for the D-Pad. These things are perfect for fans of first-person shooters.

Rogue’s bullet kits include all five shell casings, along with a bonus Torx screwdriver to make it easier to disassemble your controller. The kits sell for £13.95 (appx. $23 USD). In addition to the DIY kits, Rogue offers a variety of killer custom Xbox 360 controllers, including this camo beast, complete with .40 S&W Winchester ABXY buttons and a blue/green lightup button with a spent ammo button on top. 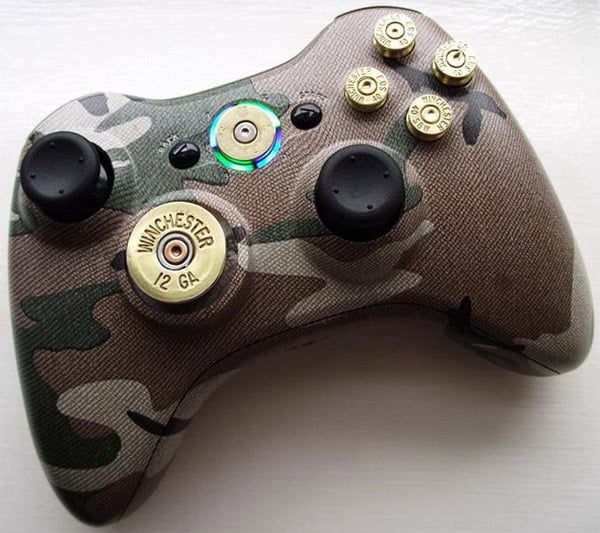